Huge thanks to Anna McClure who hosted a fantastic concert on Friday 25th October at St Machar's Cathedral, Aberdeen, in aid of APP!

Developed by Aberdeen-based performance artist Angela Margaret and composer Anna McClure, the concert was partly based on the famous short story, 'The Yellow Wallpaper' written by Charlotte Perkins Gilman in 1892, which explores a woman’s struggle with Postpartum Psychosis. Anna composed a new and original piece for the concert, The Yellow Wallpaper for flute, clarinet, violin, cello, percussion and piano with a performance piece by artist, Angela Margaret. The concert also featured a short talk by APP's Sally Wilson!

Anna says: "The concert included a musical/ performance art version of 'The Yellow Wallpaper’ which was particularly powerful being preceded by a talk from Sally Wilson about her experience of PP, and the work that APP does.  We had a good sized audience for a lunchtime concert and hope to have raised awareness of PP and some money for APP to continue doing their excellent work. "

Huge thanks to Anna and to everyone involved! 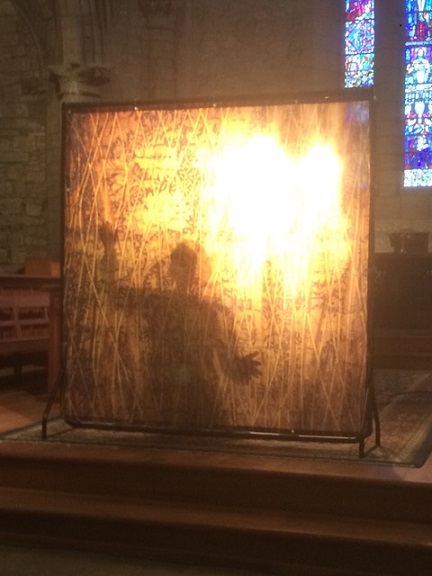