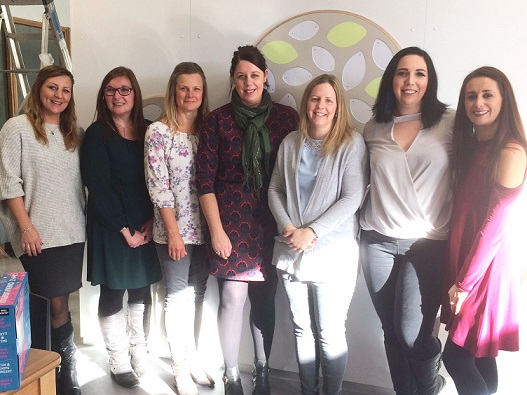 "On the 29th of October I joined the APP team as a peer support facilitator for the Lancashire and South Cumbria region. This coincided with the open day of the new Chorley MBU, Ribblemere. 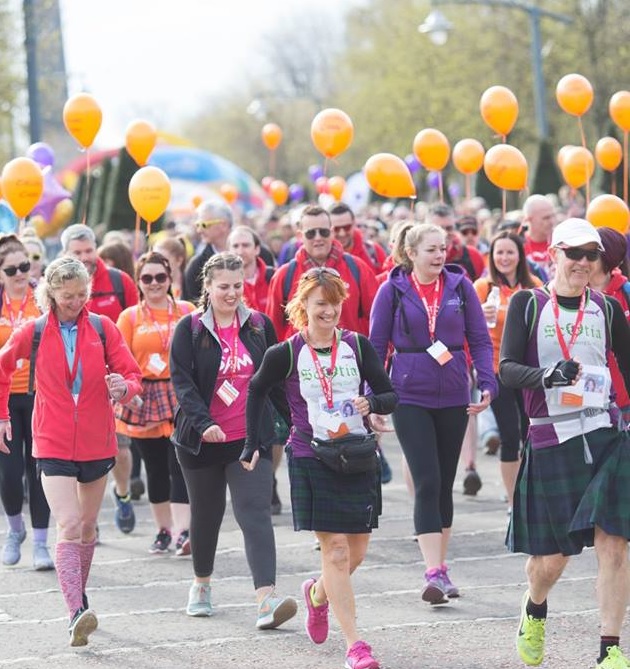 A big Thank You to Kat who is taking part in the Glasgow Royal Bank of Scotland Kiltwalk on Sunday 28th April 2019 in aid of APP!

Kat's Kiltwalk donation page is here - please donate what you can and support her Kiltwalk 2019.

A huge thank you to VP&S, a department within Jaguar Land Rover, who hosted a charity fund raising event on Friday 9th November and raised much needed funds for APP!

"We raised £1120, which was split between The Marston Green Lions, who ran the evening for us, Brain Tumour Research and Action on Postpartum Psychosis. The evening took the format of horse racing - the main difference being the horses were hobby horses! There were seven races, containing six horses each; there was an opportunity for race goers to ‘buy and own’ one of the 42 horses, and if your horse won – you got half of the auction money, the other half going to the charities. The purchasing of horses, was a quiet affair for the first couple of races, but it soon gathered pace, with the six horses in the final race, being auctioned off for the princely sum of £167 in total. We had a raffle, which raised a considerable amount of money too.

Thank you to Solihull Moors FC for providing us with the room for the event and to all those, who sponsored races, supplied raffle prizes and made monetary donations."

And it looks like they had a really fun evening!

'Some Voices, Swing' for APP! 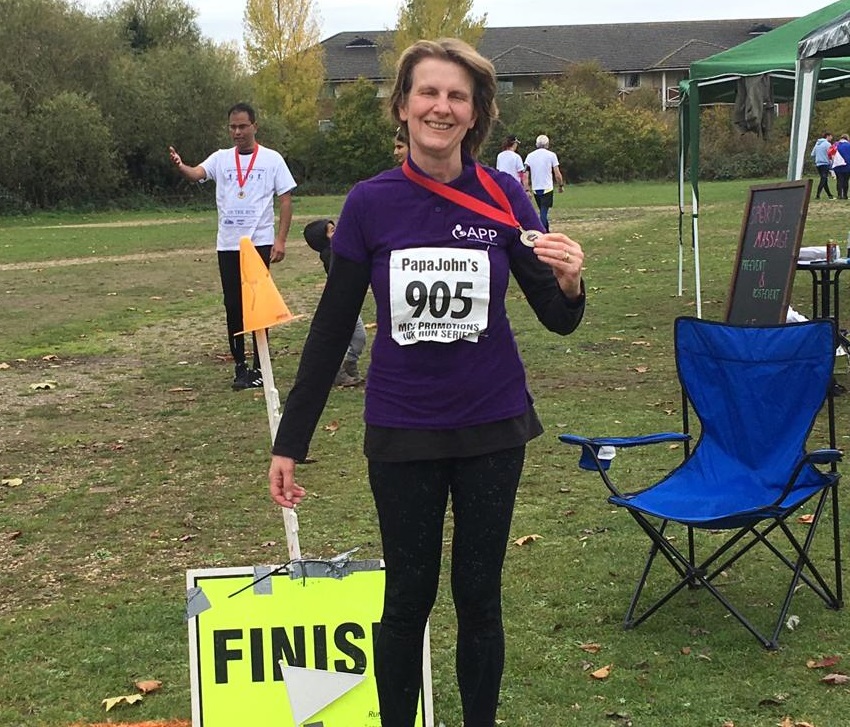 A big Thank You to Angela, who completed the Reading Rivermead 10K on Sunday 4th November in aid of APP!

Fortunately the weather held and Angela had a great day fundraising for APP!

Thank you to The Limping Fox! 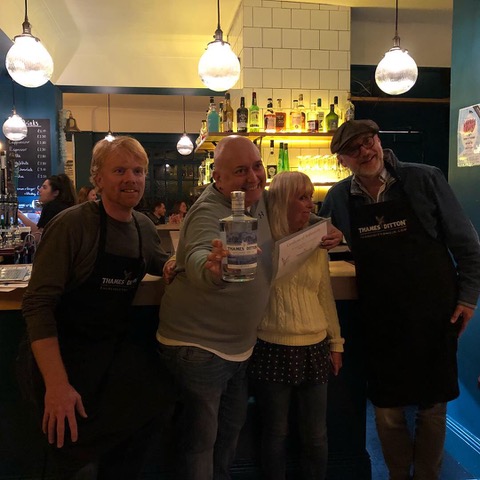 Three Cheers for Heloise and team at The Limping Fox pub in Thames Ditton who held a charity quiz night in aid of APP on Sunday 14th October, and raised over £500 in aid of APP!

Charlotte and her amazing team complete the Richmond 10k! 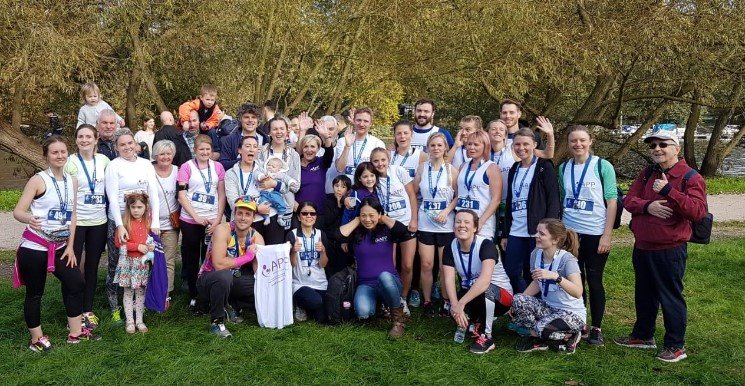 Charlotte and her huge team of 25 runners (!) completed the Richmond 10K last weekend, in memory of her sister, Amy. They had a wonderfully supportive, sunny, and emotional day, celebrating Amy's life on Saturday 20th October running in Richmond.

Charlotte said "The support has been simply amazing and it’s down to Ames being the wonderful person she was; completely adored and the best mum ever. It was an emotional day but the sun was shining." 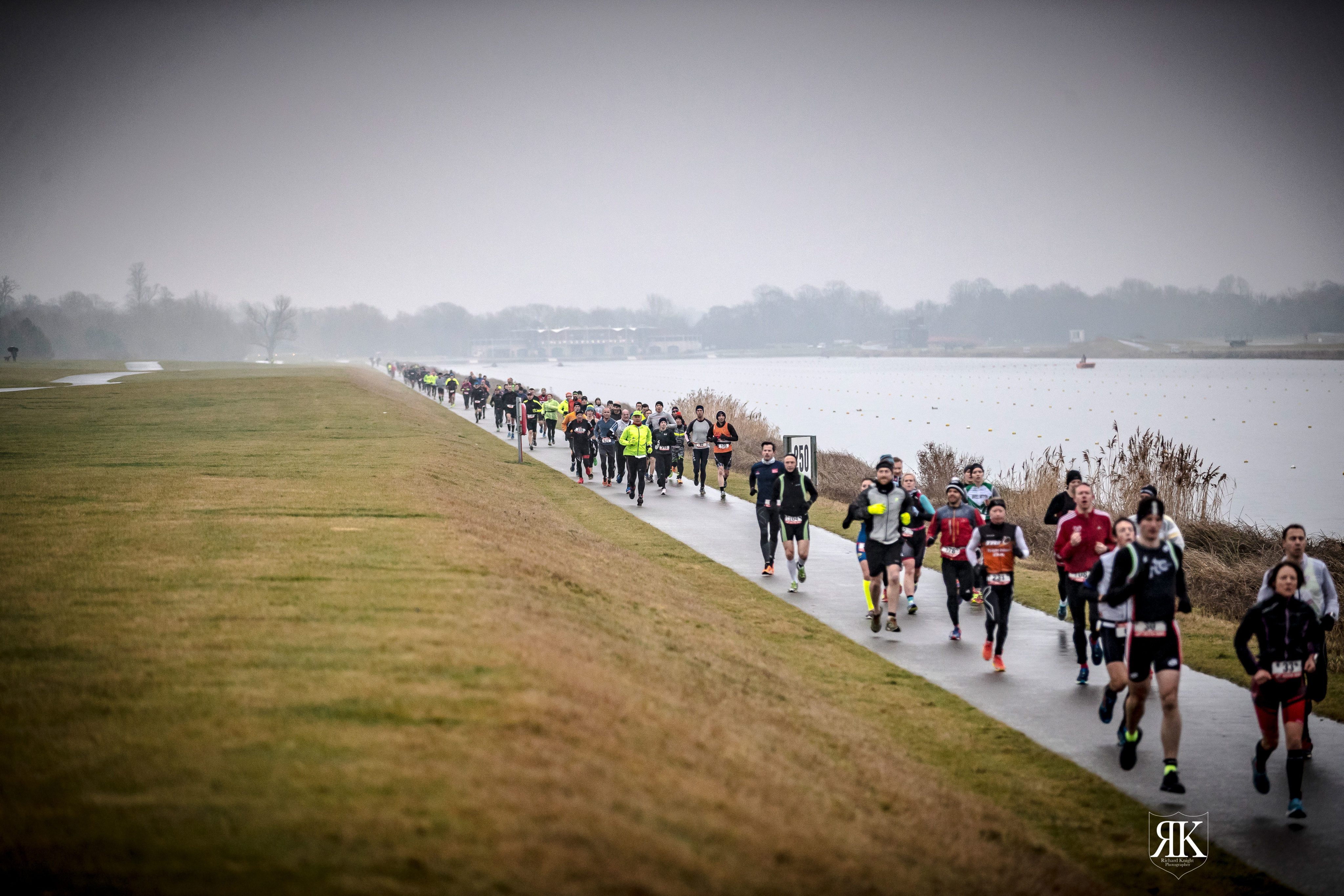 Thank you to Angela, who is running the Reading Rivermead 10km on Sunday 4th November in aid of APP!

Angela says: "Three years ago I personally benefited from attending the 'APP art retreat in Devon', which was a really positive experience. Mothers who had recovered or in recovery were able to meet, eat, enjoy each others company, share experiences and heal through actively participating in art projects. This was an extremely beneficial and therapeutic experience for everyone who attended and I knew then that I wanted to give back and do something to raise awareness of this small charity which greatly benefits women who have suffered from Postpartum Psychosis. I hope with your help we can raise some money for APP and help women with their recovery and support their research too."

Please support Angela and donate via her JustGiving page here.

Thank you so much Angela, we hope you have a fantastic day on 4th November and wish you all the best with the training! 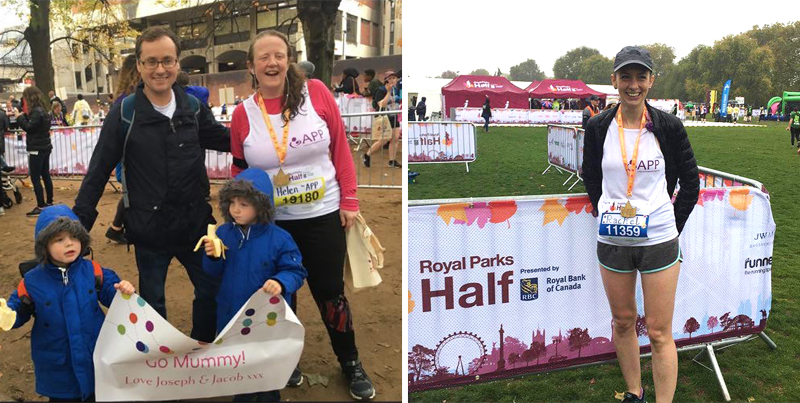 Three big cheers to Rachel and Helen, our amazing Half Marathon runners! They both took part in this year's Royal Parks Half Marathon on Sunday 14th October taking in four of London's stunning Royal Parks.

Despite the rain they both had an amazing day with lots of encouragement from their friends and family who were supporting them along the way! 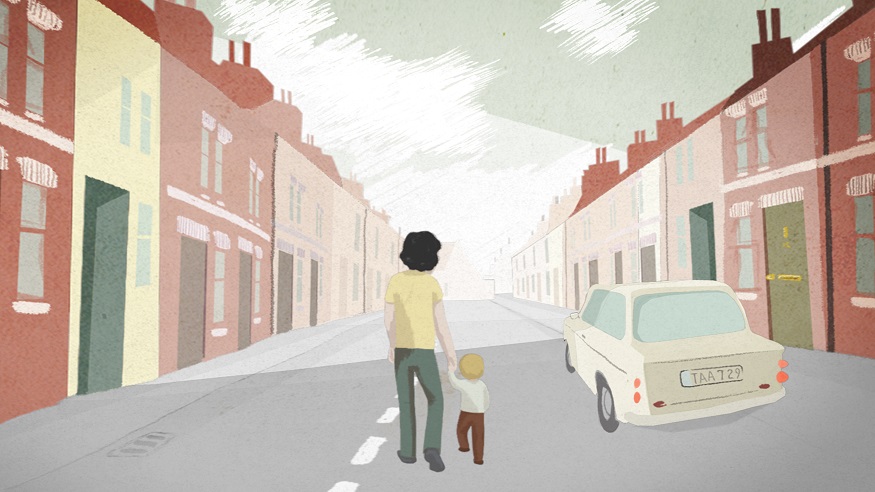