Andrea’s PP episode out of the blue 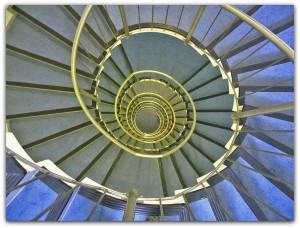 The fourth day after the birth of my first baby was the start of my meltdown. I had no history or mental health issues. Confusion, extreme anxiousness and terror mounted and I hadn’t slept for four days. It happened suddenly and severely, within hours. I was manic and couldn’t walk, talk or think. I held my phone but  couldn’t work out how to call for help.
Over two weeks, I had delusions and scribbled notes frantically. My mind was spiraling yet I had moments of clarity. My thoughts raced so fast, I developed a stutter. I felt like a baby re-learning how to eat, walk and talk. It was exhausting. I couldn't read or watch TV and was terrified by people moving or speaking too fast. I couldn't process thoughts quickly enough to understand. I was learning how to care for my baby at the same time as trying to survive myself. I was scared I’d be separated from my baby. I wanted information but nothing was explained to me. They thought I was crazy. I was so very scared.
Severe depression developed. I was numb and rarely left the house. It took a year to bond with my baby. I was suicidal for three months. After two years I made a full recovery but chose not to have more children. 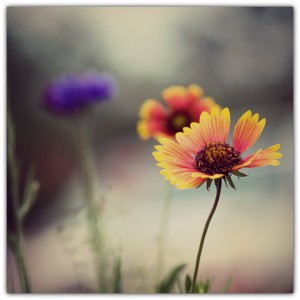 My son, 5 days old, was asleep. Desperate, I willed myself to do the same. Unnaturally, since labour, I had not slept. Something was wrong within hours of his birth - I wasn't myself. Following days of restlessness, extreme mood swings, anxiety, fear, paranoia, excessive note taking and thoughts of suicide, a switch flipped in my head that night. I stood up exclaiming “It’s happened, it’s happened!” Full of terror, I paced around, out of reach culminating in screaming loudly before passing out in my husband’s arms. I believed without doubt I was dead and in hell. Admitted to a psychiatric ward for 3 weeks, separated from my baby, the delusions worsened. I was in hell for eternity, one moment I’d killed my baby yet the next he was still alive. My mind was chaotic. The fear, anguish and confusion were inescapable.
I recovered but was left with 15 months of numbing depression. Once well we wanted to give my son a sibling, a difficult complex decision. The subsequent pregnancy was an anxious one full of “What if?”s. It was with tears I made the decision to take prophylactic anti-psychotics from week 33. Yet it proved the right one. After my second son was born, I was the mother I always dreamt I would be. 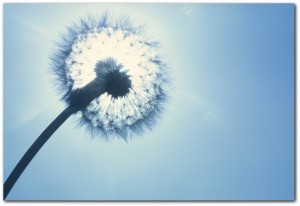 Simple things fueled my growing ecstasy: deliveries of congratulatory post and bouquets. I felt increasingly important and blessed, buoyed by the nurses’ praise after being induced and giving birth without pain relief. I reveled in quirkiness, telling the midwife I was feeding my mushrooms after suckling W. Before he discharged me, the midhusband put his fist in the cavity where my stomach had divided.  Motherhood shocked me. I believed W had special qualities.
Although I slept well, I stayed up after the 5am feed, preferring to reorder the airing cupboard or under the sink. I fizzed with energy. Hand-painting announcement cards and recording a flood of creative ideas. My list-making became obsessive. Every feed and bodily function was noted.
Uncharacteristically, I started to spend and donated large amounts to charity.
Everything scintillated and colours became super-bright. A picture of Clint Eastwood
suffused into life. I started hearing voices from the dead, and music. Pleasant auditory and visual hallucinations followed.
I sniggered to myself to keep my psychic abilities quiet or else be thought mad.
Sixteen days after the birth I had an epiphany. I was in heaven on earth. I had solved the
meaning of life. I screamed at my discovery.