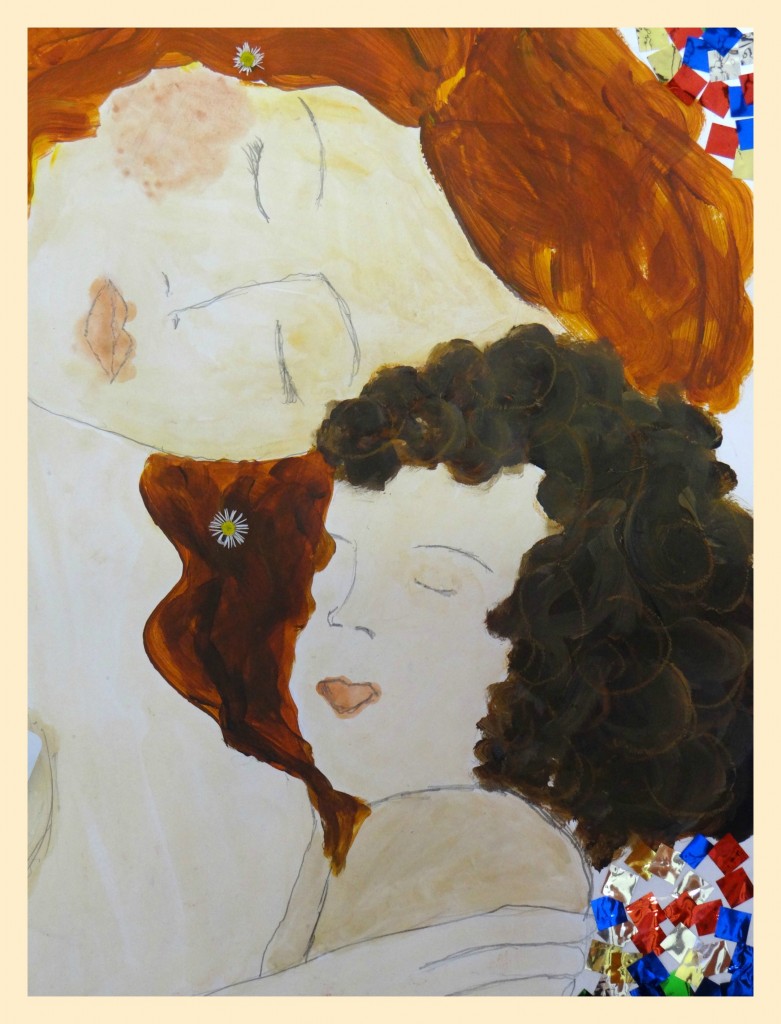 I was diagnosed with Bipolar Disorder at 20 years old. When I was 25 I become pregnant for the first time, I was told at my first maternity appointment that I was at an increased risk of having a bipolar episode after the birth of the baby so would have perinatal mental health care. I was casually told about postpartum psychosis but didn’t know what it was until I was suffering from it.

I was told to come off my usual bipolar medication, so I wasn’t medicated but was doing well initially. At around 28 weeks pregnant I was put on antipsychotics as I started to hear whispering and would see things from the corner of my eye. I didn't take the medication for long , I was scared of the risks to my baby so told the doctor I wasn't going to take them anymore.

I had a long traumatic labour where I started to see doctors come and go from the room that weren’t there. I told my husband but we both thought it must be the gas and air. I also had a postpartum haemorrhage  and hadn’t slept for a week. I was moved to the maternity ward within 3 hours of given birth and my husband was sent home in the early hours of morning. I was a first time mum alone and scared with my new baby. I picked my baby up and I loved him so much but I didn’t feel right, my head was spinning I was panicking and all I could hear was whispering coming from all around me.

I wanted to get out of the ward and even though my baby was crying I remember going outside and sitting on the wall. It was like a scene from a movie, I was looking down at myself sitting there outside the hospital. I thought it must be due to the lack of sleep.

On the morning I was discharged from the maternity ward my perinatal psychiatrist came to see me. I told her I was fine, I was taking my bipolar medication, happy with new baby but I just wanted to go home and sleep.

When I got home my mental health became worse, actually I hadn’t taken my Bipolar medication as I felt I’d gone 9 months without it I didn’t need it. I started to hear more and more whispering, I became paranoid and I started hallucinating, I would see a girl in my hallway and mice running across my room floor. One occasion I saw my husband jump though our living room window but it was all in my mind.

My husband took me to the doctor after he witnessed me talking to the radio. In my mind a news broadcast came on the radio, it told me to get everyone out of my house, they were trying to harm the baby and me. The doctor said I had postnatal depression and gave me anti depressants but they made me worse so I stopped taking them.

I started to hear electric current noise in anything electrical and soon enough I was unplugging anything electrical in the home, I also got rid of my mobile phone. With things escalating, my husband called the crisis team. The crisis team said I needed psychiatric care but I was told the mother and baby unit in Cardiff was due for closure so was understaffed. Bristol mother and baby unit had space but my family couldn’t drive so that wasn't a possibility for us. Adult psychiatric care in Cardiff was an option but I wasn’t able to take my baby with me, so in the words of crisis team, it would be counter-productive.

At home treatment and care was planned and I was put on antipsychotic medication and mood stabilisers. I had weekly home visits from a CPN and monthly appointments with my physiatrist for just over a year.

After such a difficult and challenging start, I am happy to say I’m now fully recovered and enjoying special times with my family.