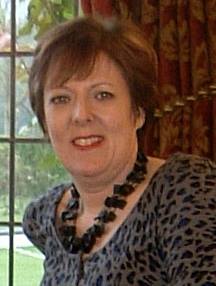 My first episode of mental illness was in 1981 at the age of 22, which started on the first day of my honeymoon, not much fun for my new husband! I then had two subsequent periods of depression in my twenties and it was only many years later during a women’s therapy group in 2001 that I realised that I was perhaps bi-polar. Due to my previous depressive episodes, I was extremely worried about suffering postnatal depression when I had a baby and this lead us to wait much longer than planned. Once we decided, I fell pregnant straight away but within weeks I was depressed again and was prescribed anti-depressants.

In July 1988 my son was born, 7 ½ weeks premature. I went into Puerperal Psychosis (now called Postpartum Psychosis) virtually the moment he was born.  In my mind, I was to blame for his early arrival because I took anti-depressants during pregnancy, but that wasn’t the case - my son had a chest infection in the womb and mother nature decided he was better off out than in.  My son was in special care for several weeks before he could come home. I was treated by Professor Brockington at the Queen Elizabeth Hospital in Birmingham and he reassured my husband that I would get better.

I was given Electric Convulsive Therapy (ECT) which worked quickly but it sent me into a ‘high’ state and I then had to have a tranquillising injection.  I continued to recover with prescribed medication and was probably well after about 6 months.

Having another child was a huge risk - I was told there was a 95% chance I would be ill again - but I couldn’t bear the thought of my son being an only child. With the support of a brilliant female GP I got through my second pregnancy without any depression and was reasonably well after the birth of my daughter in 1993.  I did find that my mood was all over the place and was prescribed an anti-depressant, but thankfully I didn’t experience Postpartum Psychosis (PP) again.

Life went on and I continued to stay mostly well, although managing my bi-polar tendency was an on-going process.   However, I was suffering from extremely heavy periods and I had a pioneering treatment called ‘endometrial resection’ in March 1997. This resulted in my having very little in the way of monthly bleeding and eventually nothing at all.

Then in 2002, quite unexpectedly, I was ill again. We missed all the signs this time and following several months of manic behaviour during which I decided that I wanted to become a vicar and exhibited various other erratic behaviour, this culminated in me not sleeping for a week and I became extremely unwell and plunged into a year-long very severe period of depression.  My psychiatrist tried every anti-depressant going, including lithium and mood stabilisers and I had two cycles of ECT which didn’t work.  Eventually a tricyclic anti-depressant started to work and I very slowly got back to normality but the experience of being ill ‘out of the blue’ again really shocked me to the core.

I tried to put all the traumatic experiences of my severe mental health episodes behind me and carried on with my life, although I can say that these experiences have profoundly changed me as a person and have affected the way that I have had to live my life.

In 2014 I came across Action on Postpartum Psychosis (APP). This was a life-changing moment for me, because I discovered for the first time:

Through becoming involved with APP I discovered that there was some research that indicated that there was a 30-40% risk of a recurrent episode of psychosis in the perimenopause period, which is the run up to the actual menopause.  It then became clear after discussions with several people at APP that I had experienced Menopausal Psychosis in 2002.   I hadn’t realised that I was in the perimenopause as I hadn’t had any periods for years and so couldn’t spot that there were any changes in my monthly cycle.

My psychiatrist didn’t make a connection with my episode of PP and therefore I probably wasn’t treated for the correct thing. Unfortunately, there is very little research into the recurrence of psychosis in this time of a woman’s life and therefore there aren’t yet any clear treatments available.

There needs to be more research done so that treatments can be developed, possibly hormonally based, for these women, and it is very important that women who have previously had PP are made aware of the risks.  Forewarned is forearmed in my mind.

Discovering that I had experienced Menopausal Psychosis in 2002 has been the final piece of my mental health jigsaw and it has helped very much to know what happened to me and why.