For the second article in APP’s review of maternity services in the UK, Clare Dolman speaks to Debra Bick, Professor of Evidence Based Midwifery Practice at the Florence Nightingale School of Nursing and Midwifery, King’s College London, about how the services are working – or not working – for women with mental health problems. 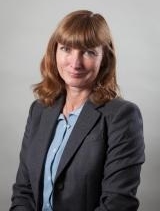 Prof. Bick has long been interested in the particular needs of women with mental health problems during the perinatal period, and is outspoken about her concern that their needs are not sufficiently prioritized. When we meet at her London office, she cites the ‘Campaign for Normal Birth’ currently run by the Royal College of Midwives which is focusing on the promotion of normal births as an example of how postnatal  needs are sometimes overlooked.

‘In that campaign, the focus is labour and birth and nothing really before and certainly nothing beyond’, she says. It is preparation and provision for the longer-term picture which is of especial importance for women who suffer psychiatric illness.  Maternity services should promote a continuum of effective care through a woman’s pregnancy, birth and beyond. ‘We have these drivers in our delivery suites to make sure that 75% of women get one to one care in labour from a midwife, a target which means that managers will take midwives off the postnatal ward or from the community to achieve that, and so women don’t get the care when they’re going home and it’s quite dire actually’, she says.

In Prof. Bick’s opinion there is too little attention paid to providing postnatal care, a time which is particularly important for identifying and preventing the exacerbation of mental health problems. ‘When I was training and working in practice , every woman had to be visited at home every day until at least day ten post birth.  That has now been cut so that you might only get one or maybe two home visits if you’re lucky, and there might not be a proper hand-over to the Health Visitor any more, just a letter left for her.’

These cutbacks to the service have a particularly serious impact on women who might develop mental health problems postpartum such as postnatal depression and anxiety.  It is especially worrying in terms of early identification of postpartum psychosis as a visit from a midwife (hopefully trained to spot the symptoms of PP) continuously for ten days post birth would allow her to see the behaviour of a sufferer alter and have some understanding of how that person’s mental state had changed.

The reduction of visits in the postpartum period is particularly frustrating for Prof. Bick because, as a researcher, she has played a part in proving the usefulness of continued care by a trusted health professional such as a midwife. ‘We have a very fragmented system and from a research perspective what is disappointing is that we did a very big trial that was published in The Lancet in 2002 where we tested a new model of community care led by midwives across the West Midlands region1.  We asked the midwives to visit all women at home until at least 28 days post birth, and the midwife then went back to do the final check in the woman’s home but we did that at 10-12 weeks, rather than 6 – 8 weeks, to push the postnatal period right back in order to better meet health needs.  It’s tradition that we end care at 6-8 weeks - there’s no evidence to say that’s what we should do, it’s just that’s what we’ve always done.

‘In our study we found a very big difference in mental health outcomes at 4 months  and at 12 months.  It was clinically effective and it was cost-effective and yet has led to no change in practice.  It’s very frustrating when you’ve got a very good resource in midwives but we’re just not supporting their practice in a way that is more amenable to good mental health for women because of these traditional descriptions and definitions of the postnatal period’ she says.

If they had more training in mental health, midwives are uniquely well-placed to monitor women for any developing problems.  Ideally, if the same midwife was able to see a woman throughout her pregnancy, and then resume contact for a decent length of time postnatally (logistically it seems to be too difficult for that midwife to also be present at the birth), it would be a massive improvement on the current system, but this would require a greater investment in midwives and unfortunately the trend is going in the opposite direction.  This year the Royal College of Midwives called for the recruitment of 5,000 more midwives nationally as there is a shortage of qualified midwives at a time when the birth rate is increasing, but with more NHS cutbacks looming this seems unlikely to happen. ‘It’s frustrating because there are things we could do as midwives but the system is just not set up to make best use of our skills,’ says Prof. Bick.

Prof. Bick suspects that the importance of the postnatal period is being ignored by decision-makers because it is expedient to do so. ‘I just feel we’re missing that crucial first two  - three weeks and the transition from hospital to home when things can start to tip - that’s when we’re really not very good on providing consistent care,’ she says. ‘I do get very worried that this is the area that the Health Service thinks can be of a lower priority and left because women go home and it’s no longer  their responsibility. It’s so sad really because potentially there is so much good you can do in terms of continuity of support particularly for women with severe mental health problems, where someone knows their history and has gone through pregnancy with them and knows what their birth was like.  And I still think women often feel more comfortable talking to their midwives than their health visitors or GPs as for some reason midwives aren’t seen as Social Services’ representatives in the same way and I feel we’re losing all of that profile which is a shame.’

Asked how she would like to see things improved, Prof. Bick is definite: ‘What I would like ideally is that all women would have a named midwife throughout the pregnancy, birth and postpartum who could co-ordinate their care needs so that we don’t just drop women postnatally. In some places it can happen but somewhere like London where you’ve got women who may have given birth in one NHS Trust but the midwives who may visit them at home after the birth are employed by another Trust , it would take a lot more effort.’  She knows that hard evidence is needed to convince politicians and health supremos that this is the way to go:  ‘Sadly a lot of what we do as midwives is what is I would refer to as ‘soft data’ – if I’m there to talk to a woman who needs support rather than checking a physical symptom such as her blood pressure etc. I can’t document that as an ‘intervention’ - though that might have been very beneficial in terms of making her feel less anxious or feeling that someone is interested in what’s going on with her.’

On the subject of how much training midwives receive on mental health issues at her School of Nursing and Midwifery and at others around the country, Prof. Bick explained that the more advanced courses were not compulsory. ‘The students have lectures about mental health  generally and postpartum psychosis would be included in their pre-registration training.  Once they’re qualified, we do run mental health modules here at King’s but it’s not mandatory, it would just be for midwives who are particularly interested in learning about mental health issues.”

Prof. Bick is careful to make the point to her students that perinatal mental health is not just about depression, but thinks the training is being expanded to improve their awareness of more serious episodes. Currently, midwives are trained in how to react in certain medical “emergencies” like cardiac failure or a massive haemorrhage but, despite it being a potentially life-threatening psychiatric emergency, postpartum psychosis is not included. ‘At the moment it isn’t recognized as an emergency case in what we call the ‘skills and drills’ and perhaps it should be. Maybe it’s something else that we need to include in ‘core’ care just as we have with domestic violence and child safe guarding  which is something we have to be increasingly aware of.’

‘I only ever saw one case of psychosis in my community practice and it was really frightening for everyone involved, and I do tell my students that you have to be alert and if you know the woman and the family and they say something about her not being herself or acting strangely, at that point you’ve got to do something or get her seen by somebody but it’s almost as if we’re still embarrassed to talk about mental illness’, she says.

‘Sometimes of course referral pathways aren’t particularly good and often it’s just pot luck depending on where you live and whether there’s a local psychiatrist who’s interested in perinatal mental health, but given the concerns over the Confidential Enquiries (into Maternal Deaths), I think that people have taken note that this is an area we have to address though I think there’s still a long way to go.’

However, there are some advances worth celebrating: ‘In terms of mental health, I think we have become much more aware.  There is more profile now, and I think we’ve got better at asking women about their mental health.  But we definitely need more focus on the postnatal period – it’s the invisible side of maternity care when we could do so much more preventative work.’