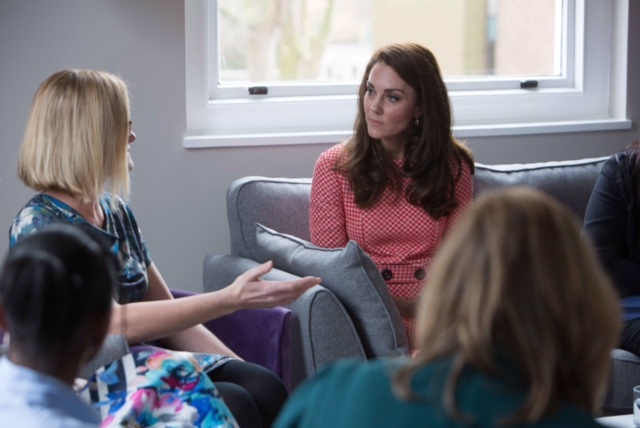 APP's regional rep for London, Kathryn, recounts a very special day at the launch of Best Beginning's "Out of the Blue" film package.
?
"Wednesday's terrorist attack on Westminster horrified us all.  But the work of mental health campaigners goes on: we will not be stopped by extremists.  And neither, it turns out, will the Duchess of Cambridge.
?
As I watched events unfold on the news the night before I was sure that, after weeks of anticipation, the Best Beginnings event would be cancelled.  Surely security concerns would keep the Royals safely inside Kensington Palace?  But no.  The show went on and as a community of perinatal mental health campaigners we focused our attention firmly on the future.
?
We had been invited to attend the launch of Best Beginning's "Out Of The Blue" film series.  They had recently partnered with the Heads Together charity, set up by Princes William and Harry and the Duchess.  It promised to be an auspicious event.
?
I had first gotten involved with the project over two years ago now.  I had agreed to contribute to the films about severe postpartum mental illness, and Mother and Baby Units.  With my son (who was only around two years old at the time), I spent several hours being interviewed on camera for the films, and captured revisiting the Unit where we spent the first three months of James' life.  The subsequent editing and producing seemed to take months (if not years!) and so by the time my launch invite arrived I had almost forgotten about our contribution.  In the intervening period I had suffered relapses of bipolar depression, recovered again, learned a lot about my own mental health, trained as a Mental Health First Aid instructor, and spent two long secondments with my family in the Cayman Islands.
?
The gathering at the Royal College of Obstetricians & Gynaecologists beautiful Regents Park headquarters was full of perinatal mental health professionals, charity workers and families with lived experience.  And I (and the many other contributors) felt like a minor celebrity, as everyone seemed to know who I was from having seen the films!  It was great to meet  many of the other participants and their families: we came from all walks of life, and all over the country.  Our experiences covered the wide spectrum of perinatal mental illness: anxiety, PTSD, antenatal and postnatal depression, and of course postpartum psychosis.
?
Seven of us (along with two partners) had been asked to take part in a special support group setting.  After the Duchess's speech in the Auditorium she joined us for half an hour to hear our stories and ask questions.  Like any support group we were all there first and foremost as parents and that included the Duchess.  We supported each other to tell our individual stories and by the time HRH arrived we were in full swing.  Albeit joined by several TV cameras, photographers, journalists, and Personal Assistants!
?
I was asked to speak first.  Having been warned to keep things brief I gave a short synopsis of what happened to me and James, to culminate in our admission to the Bethlem MBU.  I managed to impress upon her the importance of such specialist, high quality, psychiatric care.  And how I was one of the lucky ones in the postcode lottery: I had access to this specialist care and a local MBU bed.  Asides from this intensive psychiatric care, the second part of my recovery, I explained, was about "owning" my illness and being able to talk about it with friends and family.  I had the chance to tell the Duchess how pleased I was that she and her family had started the Heads Together campaign.  With such powerful voices, they will do a lot to reduce mental illness stigma and get people talking about their own mental health.
?
With a final photo call and a hastily-arranged interview with a Daily Mail journalist the official day was over.  Social media had set my phone alight: but it was all worth it to have given postpartum psychosis a royal audience, and to have helped make a package of films that will educate healthcare professionals and new families for years to come." 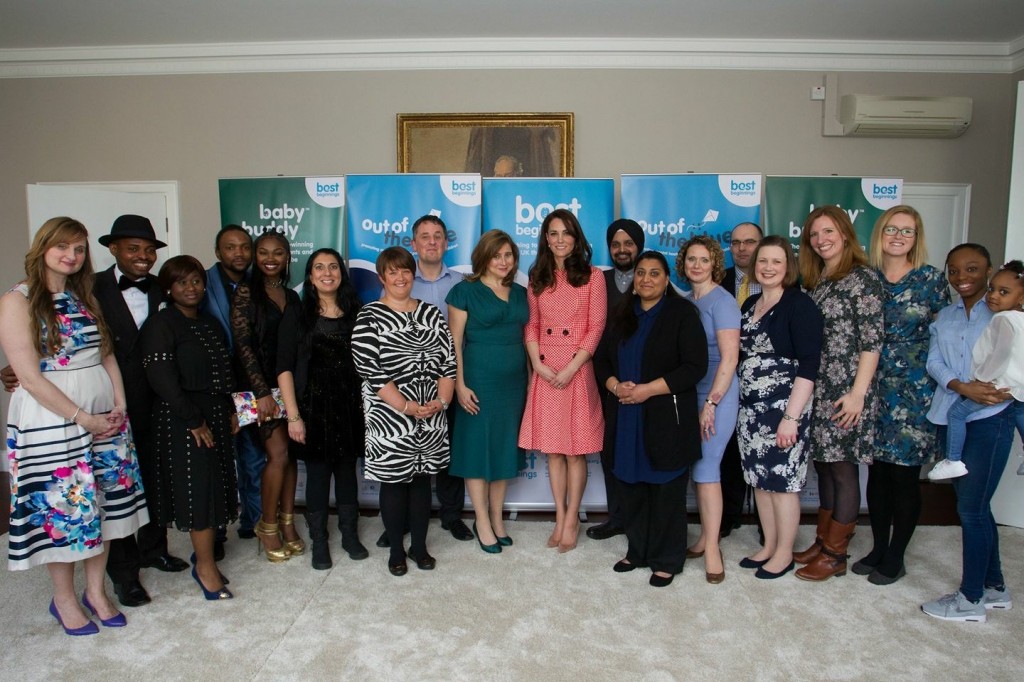