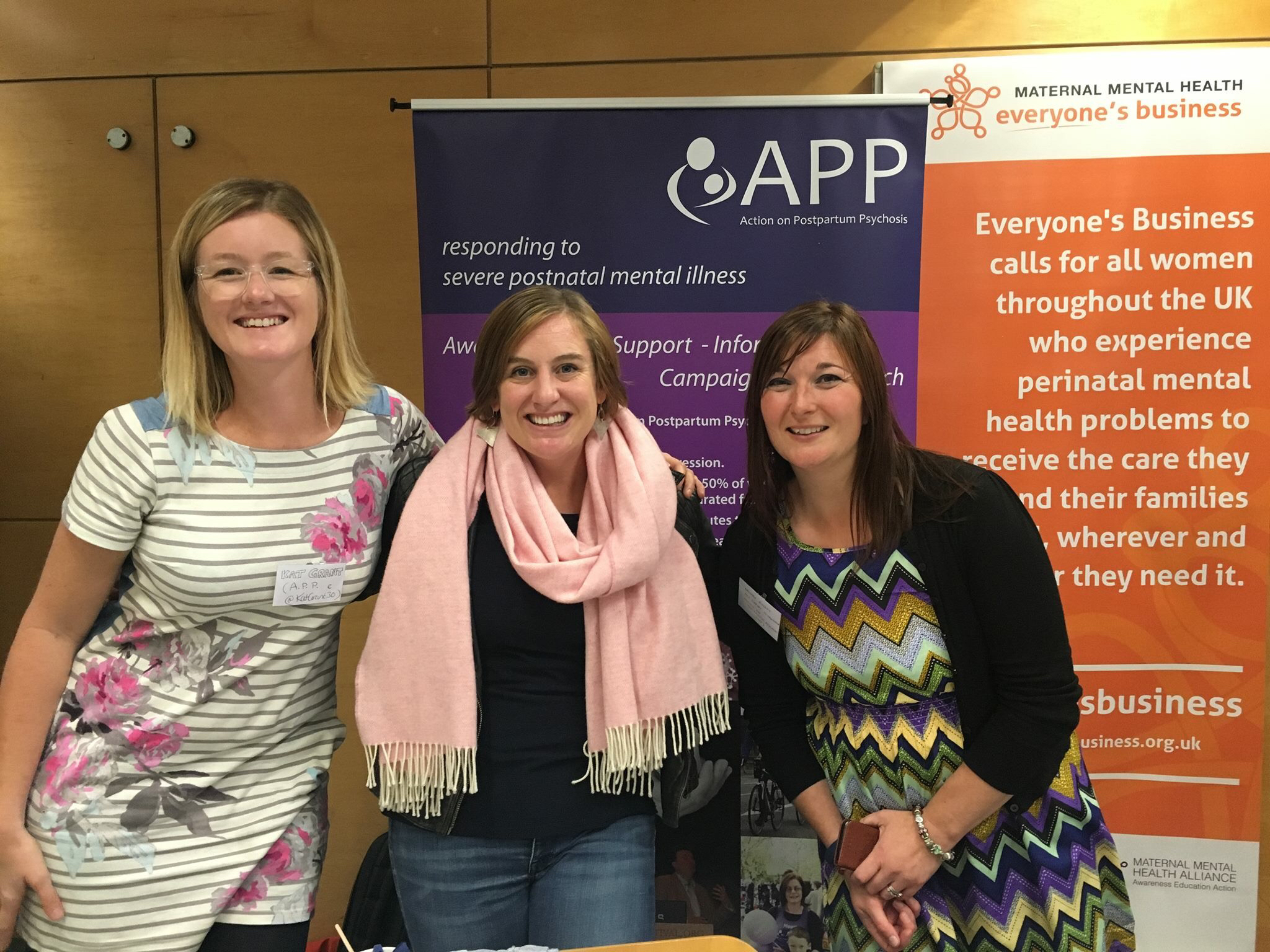 'APP attended the first Annual UK Maternal Mental Health Conference which was a sold-out event, with over 250 people converging on Imperial College, in London on 13th September 2017.  I was looking forward to seeing others involved in APP, including our Trustee & Vice Chair of MMHA, Clare Dolman, Regional Rep & Media volunteers Kathryn Grant, Fiona Putnam and Eve Canavan, and those from other organisations involved in Perinatal Mental Health.  It was a day full of passion, with so much expertise in the room, and a prestigious line-up of speakers from the UK and beyond.

APP Regional Rep & Media Volunteer Fiona Putnam together with her husband Henry Everitt eloquently and powerfully retold their story of Postpartum Psychosis after the birth of their daughter.  Attendees were gripped, equally shocked and saddened to hear the extremes of Fiona’s illness, following a difficult and traumatic pregnancy and birth; this included jumping from a window and fracturing her spine during her illness, and being helped by a paramedic who she had thought was a “handsome actor on Casualty”.  The audience smiled and laughed along with her when she recounted the parts of her illness which she can look back on with humour, and the love and support she received from her family and friends.  The support she received from a Mother & Baby Unit, after what she described as a scary time on a general psychiatric ward, was vital in her recovery, as was the information and shared experiences she found through APP. 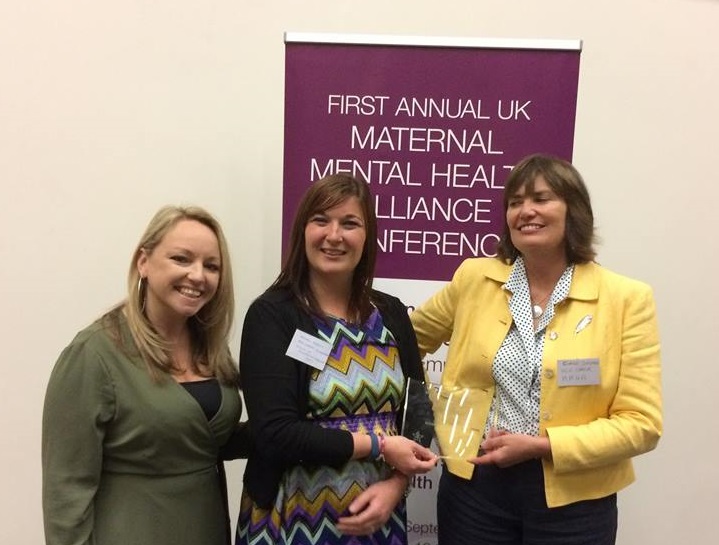 The MMHA Awards, supported by Big Lottery, followed the conference and APP was thrilled to be announced as the Winner of the Perinatal Peer Support Award.  With over 100 nominations, it was an honour for me to accept the award on behalf of the team at APP, all of our fantastic volunteers, and the women and families we support.  Representing APP is a privilege that I could never have imagined happening when I, like Fiona and so many others, was recovering from PP almost 8 years ago now.  I think I had the biggest grin whilst hearing about why we had been nominated from writer & Psychotherapist Susie Orbach, who presented the Awards – and have to admit to responding to others’ cheers with a heartfelt cheer of my own!  Thanks to Comic Relief, who fund our vital Peer Support service, we continue to offer support and vital shared experiences to women and families throughout the UK who experience this debilitating illness.  Peer Support is just amazing!' 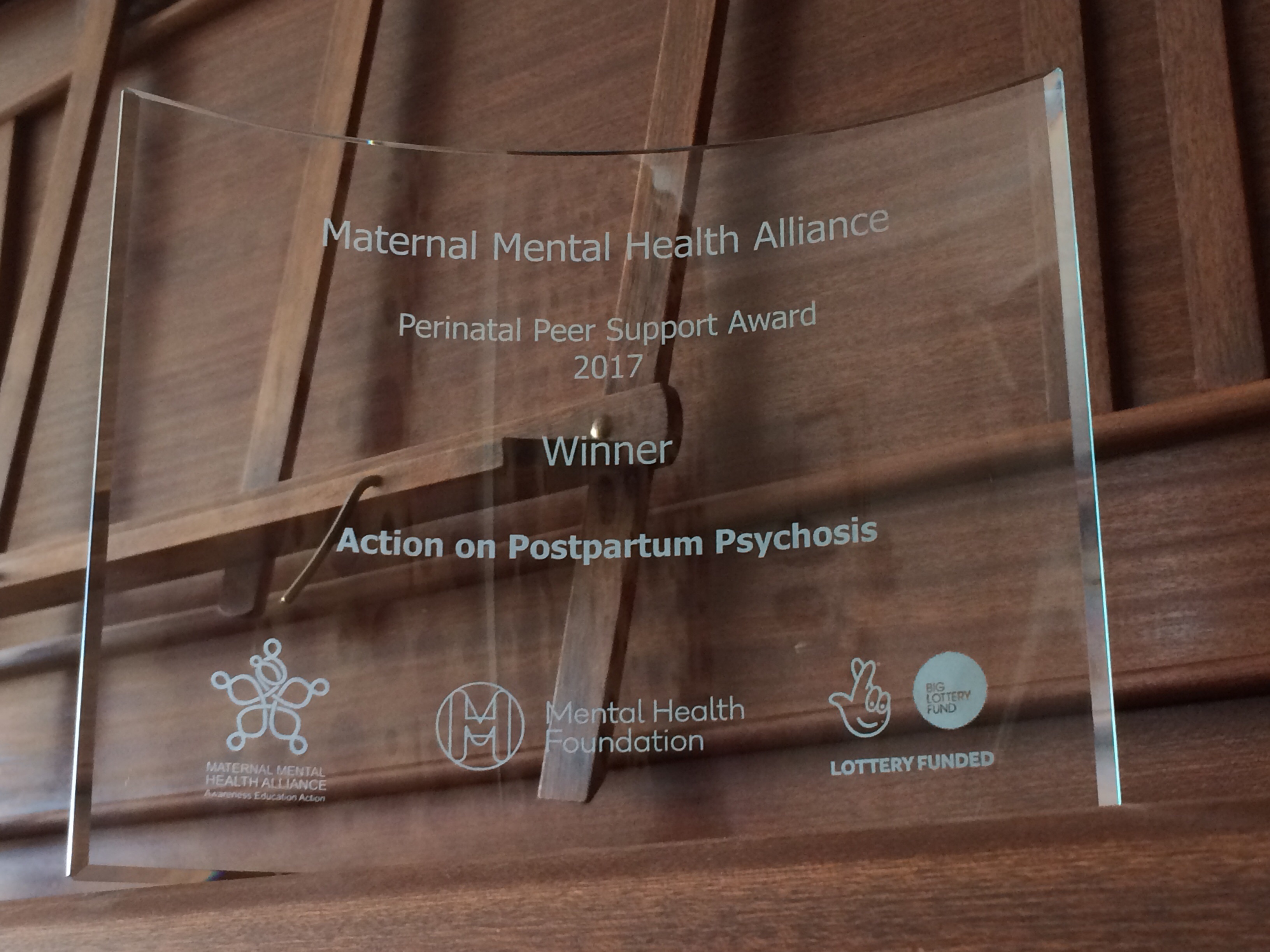 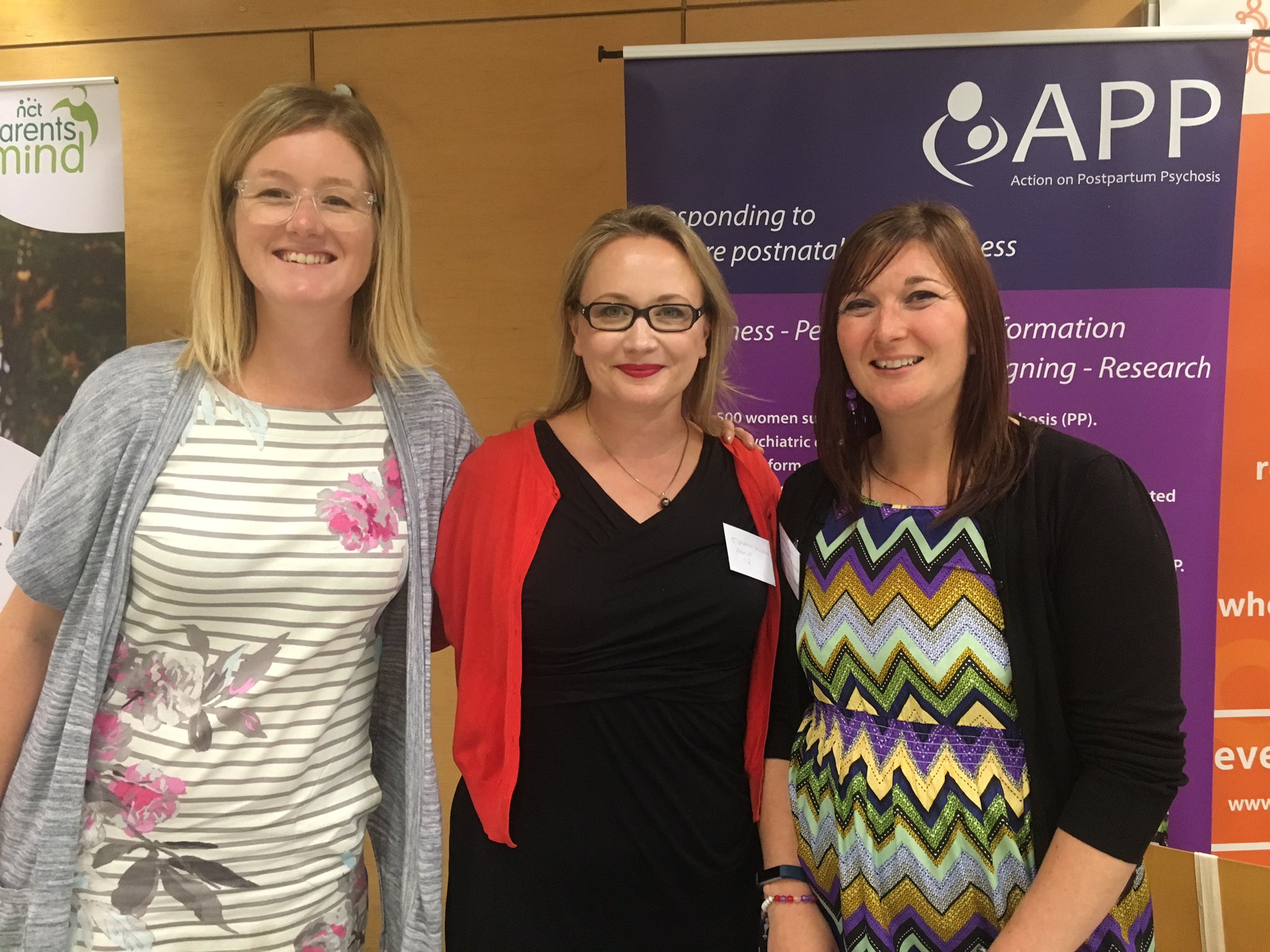