after birth, written by Zena Forster and directed by Grace Duggan, is a new comedy deeply rooted in the real life testimonies of women who have experienced postpartum psychosis, including many women within the APP network.

The play is being brought to life by Maiden Moor Productions and will open on Monday 10 June at the North Wall Arts Centre in Oxford. Imaginatively staged, with elements of stand-up and a dynamic original sound score, after birth takes us on a journey of recovery. 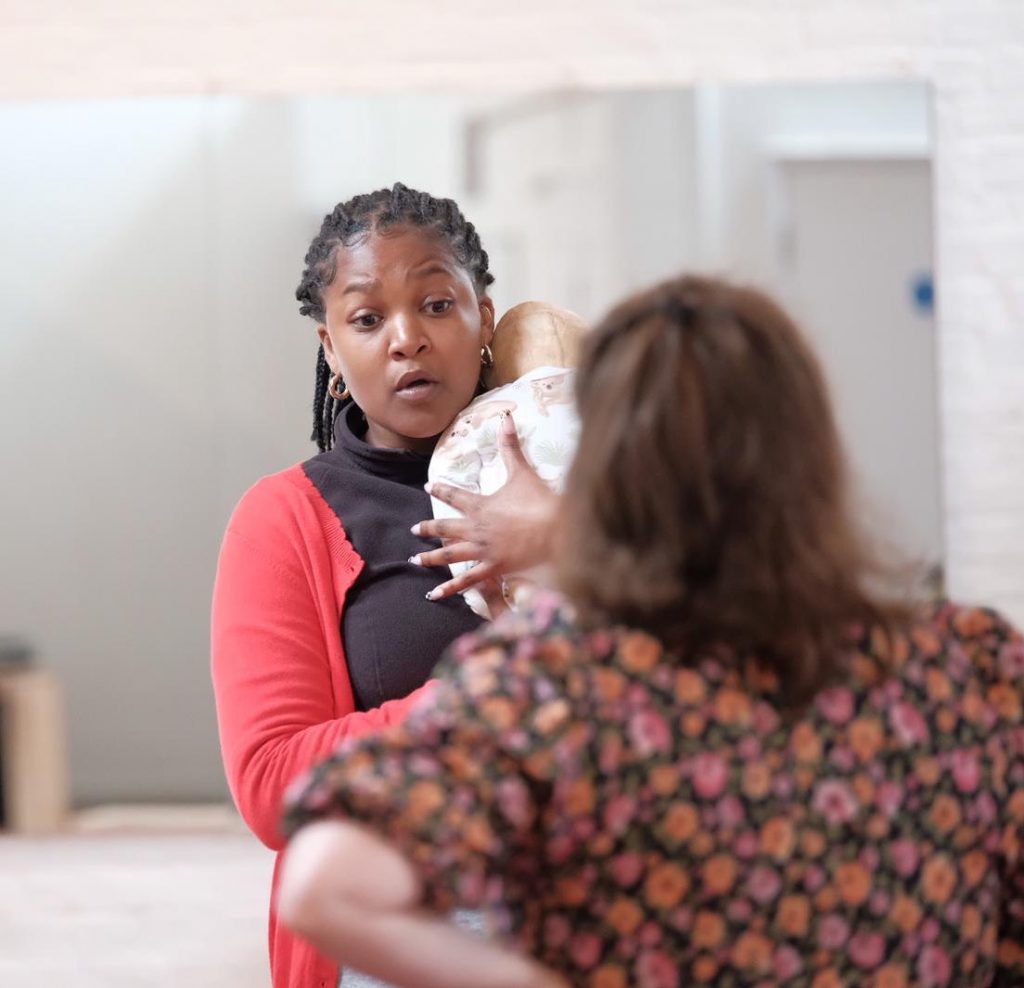 The story revolves around holiday camp entertainer Ann, who, alongside the Virgin Mary, has been detained without trial on a medieval plague island in the middle of the Venetian Lagoon.  Buffoonish and malevolent by turns, their doctors are intent on curing them of their heinous crime - Being A Bad Mum.   This is the world of Ann’s mind.  after birth’s protagonist is experiencing postpartum psychosis after the birth of her baby.

The lead character’s experiences might be extreme, but they are recognisable and relatable: what mother hasn’t felt judged, or been demoralised by the myth of the perfect mum?

Grace Duggan, Director said, “Zena has created this incredibly detailed and responsive play about the realities of postpartum psychosis.  after birth doesn’t hold its tongue, it doesn’t shield us from the truth, and it doesn’t stop us from awkwardly laughing with a psychotic mother. We want people to start talking about postpartum psychosis and continue the discussion about the pressure of motherhood. Through our characters and with this story we hope to expose it all and have a laugh along the way.” 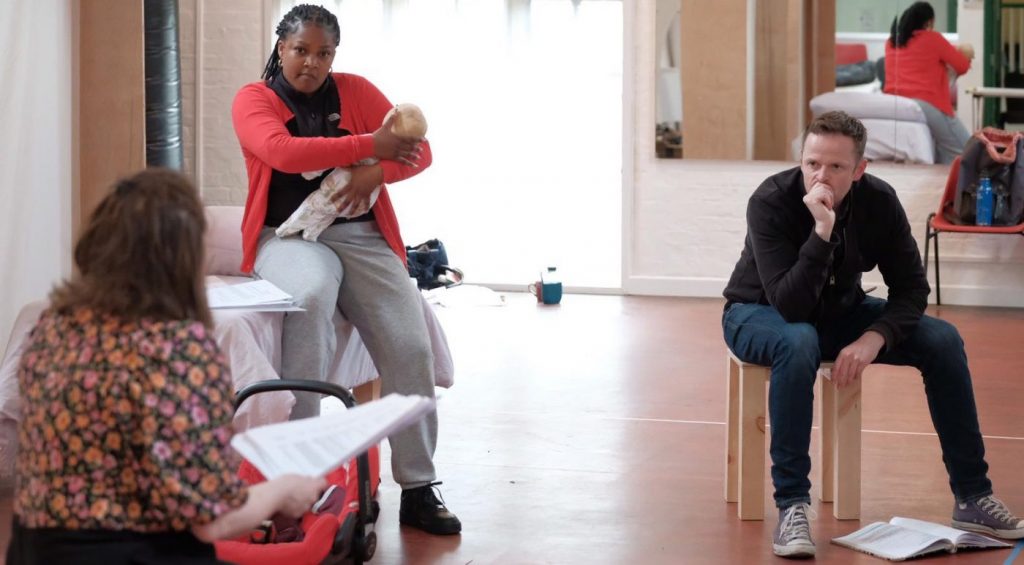 after birth grew out of collaboration between Zena Forster and researchers at the National Perinatal Epidemiology Unit (NPEU), Oxford University. For 40 years the NPEU has been the ‘go to’ international centre of research into women’s physical and mental health.  Their annual reports have consistently shown that in the UK suicide stubbornly remains the leading direct cause of maternal death between six weeks and one year after birth, with women from ethnically diverse communities disproportionately affected. The NPEU were keen to find new ways of disseminating their findings with a view to effecting change.

Zena interviewed many women with lived experience of postpartum psychosis, travelling miles around the country to do so. Both Zena and director Grace Duggan dramaturged the piece extensively, developing it significantly for performance in 2021. after birth was awarded the Propeller 2020 opportunity by North Wall, Oxford which includes three performance dates 10, 11, 12 June 2021. A film of the staged performance is also being made and the NPEU are undertaking further research of how this filmed performance could be used in both therapeutic settings and in health professional education. 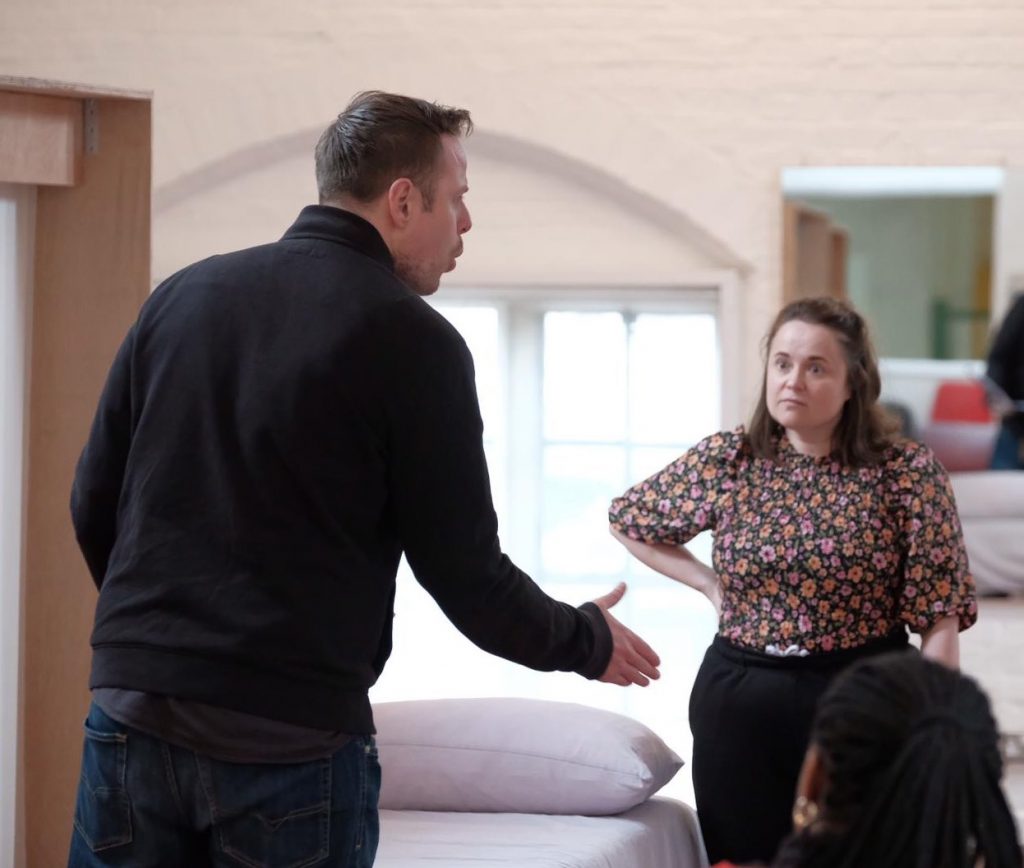 The time has never been riper for a recovery story. after birth is an opposite celebration of resilience in the face of inequality and adversity. There is a growing need and appetite for work that explores the disadvantages that women face in our unequal, patriarchal society.  Between eight and nine out of ten women in the UK will become mothers. The pandemic has exposed and heightened the inequalities they face.  More and more evidence is emerging that maternal mental health has suffered over the last year, with black and brown mums disproportionately affected. after birth creates a timely space for us to talk about these pressing issues.

As an international centre for research into women’s health and as a vibrant creative hub, Oxford was the perfect place for this play to be developed. Oxford’s North Wall has long been committed to nurturing creative talent – Alice Vilanculo (actor), Will Alder (sound design), Grace Duggan (director) all received early career support through the theatre’s various development programmes and are delighted to be back in Oxford as established artists.  Likewise, Oxfordshire Theatre Makers (OTM) and Arts at the Old Fire Station provided backing and opportunities to develop and promote the play.  Oxford’s supportive city council provided important early seed funding.  Oxford colleges have helped with funding too. after birth’s playwright Zena Forster is based in Oxford, as is Bafta award winning film maker Jo Eliot who will be filming the performance.

Commenting on  after birth, Professor  Rachel Rowe, Senior Health Services Researcher, National Perinatal Epidemiology Unit said “through after birth we hope to engage audiences with research evidence about maternal mental health, to raise awareness, reduce stigma, encourage discussion and ultimately improve care and outcomes for women affected by postnatal mental illness. The play promotes some key public health messages about postnatal mental health, but importantly it’s also funny and full of hope – it should be a really good night out.”