Hannah Bissett, Peer Support and Regional Reps Coordinator, tells us about a busy start to the year up north. 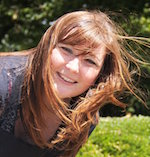 2017 so far has seen a real spike of APP involvement in the north, or so it feels!  After a joint training session for an Early Intervention Team in Wallasey, Merseyside with Emma Odell in February, Emma has also been busy with 2 sessions with Manchester University.  She has also made a link with the Greater Manchester & Eastern Cheshire Clinical Network, filming a patient experience video ahead of a conference in June.  I have also travelled across to film for this and we are both really looking forward to seeing the final cut.  The Network are really interested in linking further with APP in the future – watch this space…

This month I have also been to Hull, not once but twice.  The first was on 10th March to contribute to the Institute of Health Visitors PMH Champions training, with Melita Walker.  We are hoping that this will lead to further collaboration with iHV, to share further PP stories through Expert by Experience talks. The second visit to Hull was on 24th March, as part of a 2-day PMH conference held by the University of Hull & Humber NHS Foundation Trust.  I had an APP stand and presented my experience of PP as part of the second day.  Both were well received and further links made – perhaps even for a third trip to Hull in the not too distant future. Well, it is the European City of Culture 2017!!

My link with Leeds MBU led to a session as part of training for their team on 16th March, together with staff who will be working on a new community perinatal team in Bradford.  As one of the areas recently successful in phase 1 of the NHS England community funding, Leeds are “buddying” Bradford in designing and training for their service. It was also good to talk to the staff there about the Yorkshire & Humber Outreach service, which launched a year ago in March 2016, and possible gaps in the Y&H area where we could do further joint work to reach other maternity and general mental health teams.

I have also been linking in with others around the country who are doing Regional Rep things for APP or are interested in getting involved, including Sally Wilson whose recent BBC Eye on Wales programme was such a powerful story, and well received.

Now I'm officially in post I am looking forward to catching up properly with all the other Regional Reps, to hear about how APP is raising awareness and working with services in their areas. If you are interested in being a Regional Rep for APP, drop me a line: hannah@app-network.org

Looking ahead, I will be returning to County Durham & Darlington’s International Day of the Midwife in early May, and dropping in on the way home to “Hope” at Edge Bar, Stockton, a series of events to coincide with the Maternal Mental Health Awareness week, run by a local PMH group www.raindropstorainbows.co.uk.

May also sees APP’s Music4Mums to coincide with World Maternal Mental Health Day on 3rd May.  One of the events planned is with my local community orchestra in Ripon; I might even be persuaded to play, but need to get my cello in working order, as I’m very rusty these days!  More here on how you can be involved: https://www.app-network.org/m4mums