I’d had some experience of mild depression in my late teens and early 20s, but nothing could have prepared me for becoming seriously unwell with postpartum psychosis.

Being pregnant for the first time, my husband and I were like fish out of water. However, it was a really straightforward pregnancy for the most part, and I felt in a good place mentally. We went along to antenatal classes – where there was a brief mention of postnatal depression – but I didn’t really consider it could be an issue for me as I felt really well.

However, towards the end of my pregnancy I became more anxious. I was overdue and I felt disappointed in myself because of that. Eventually, I went into labour naturally but had to have a forceps delivery because my contractions were inconsistent.

I was in so much pain and so exhausted when my little boy was born, I felt like I was in a state of numbness. I just felt so relieved that the birth was over.

After a little time in hospital, I started to feel really confused. I was given charts to fill in about feeding times and I just couldn’t get my head around them, which I found really distressing. I put it down to just being really tired.

We were discharged and I went home with my husband and new baby, and things seemed OK for the first couple of days. But then everything went downhill really quickly, and my husband suggested we go back to the hospital to speak to someone.

From my point of view, everything was really confusing at that point. I hadn’t slept for about five days straight, and my thoughts were just running wild – but there was no cohesiveness to them. I had this overwhelming sense that something terrible was going to happen, and I kept thinking that I might die, so I was in a state of constant panic. I also started to exhibit some quite unusual behaviour at that time, for example, I was dressing in winter clothes even though it was springtime, and I was obsessively cleaning the house.

That’s when my husband noticed that things weren’t right and phoned the hospital.

He shared his concerns and was advised to bring me straight back to the maternity ward.

By this point I had become obsessed with colours and the need for things to be colour co-ordinated in order for everything to be OK. I remember a nurse carrying a mug that was the same colour as her coat and I remember telling her that it made me feel better because the colours matched. I had this awful fear of something bad happening and I felt I had to prevent that by surrounding myself with matching colours.

I also started believing that I might have died, or that my baby might have died, and that the other parents in the hospital were actors and their babies fake. It felt as though we were in a film set or something, but I also remember thinking the TV set was sending messages to me and I was having auditory and visual hallucinations by then as well, and often not being able to recognise my own baby.

I was seen by a psychiatrist really quickly and she diagnosed me straight away with postpartum psychosis, explaining everything to my husband and mother in law and referring me to the nearest Mother and Baby Unit (MBU).

I was so lucky to be sent almost immediately to the MBU, which was only about 25 miles from our home in Edinburgh.

I’m from Belfast, and there is currently no MBU in the whole of Northern Ireland, so I knew that other mums in my situation wouldn’t have been so lucky.

My symptoms started to decrease during my time on the MBU, where I spent around seven weeks altogether. Initially I was under 24 hour observation, but then, as I started to get better, I was able to start building back my confidence and gaining my independence again.

After being discharged, I was still under the care of the MBU, and was regularly visited by an occupational therapist and a community psychiatric nurse – the same one I had met on the MBU.

Sadly, when my son was around seven months old, I became unwell again – but this time with depression. The first time I was admitted to the MBU it was on a section but this time I volunteered my admission, because I knew I needed help to get well and bond with my baby – and I knew that the MBU was the best place for me. 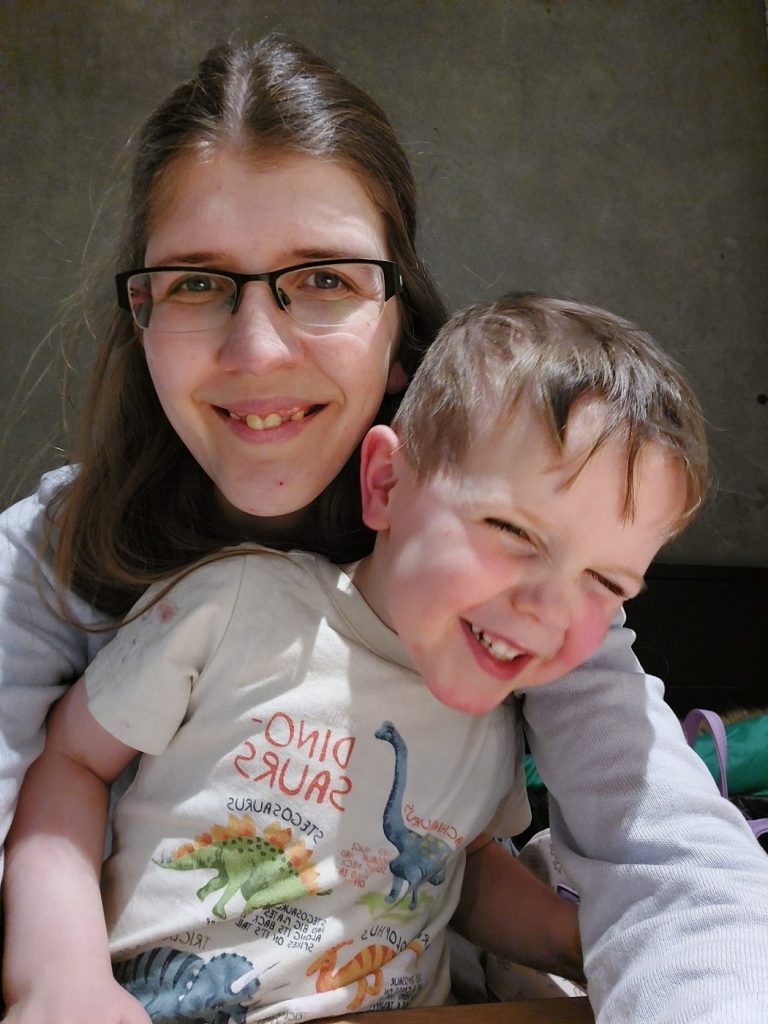 Getting a bed on an MBU twice meant that I was doubly lucky and it meant I was able to recover quickly and strengthen my bond with my baby. With the help of the staff at the Unit, I began growing in confidence as a mum and my love for my son really grew.

It was only during my recovery that my diagnosis was properly explained to me. At the time of my illness, I wasn’t able to process anything at all. But I remember feeling really upset because I’d never heard of PP and I felt really alone in it.

As I started to do my own research on what this illness was, I stumbled across APP and realised that I wasn’t alone at all – all these other mums had been through what I had. It made everything a lot easier to process.

Since my illness I’ve had a diagnosis of anxiety and PTSD, so I’ve just finished cognitive behavioural therapy for that, which has really helped.

Now I want to raise awareness of PP so that other families feel less alone, because it’s such a traumatic experience to go through. However, I do feel lucky that I got the diagnosis - and therefore the specialist care I so badly needed - really quickly.

Women need MBUs because they work. It’s frightening to think that some places, like my home of Northern Ireland, still don’t have them.