Sometimes, the worst things in life are the things you don’t expect. For me, unexpectedly suffering from postpartum psychosis and severe depression, and spending almost a whole year in a psychiatric mother and baby unit felt like the worst thing that could ever happen to me. However, in many ways, it has also been the best thing…

After getting married to my dream man, James, I was desperate to have a baby. Sadly, the first time I fell pregnant I had an ectopic pregnancy, which led to me losing one fallopian tube and having a severely damaged left ovary. Thankfully, just a few months later, this trauma was all but forgotten, as I found out I was pregnant with my little girl. 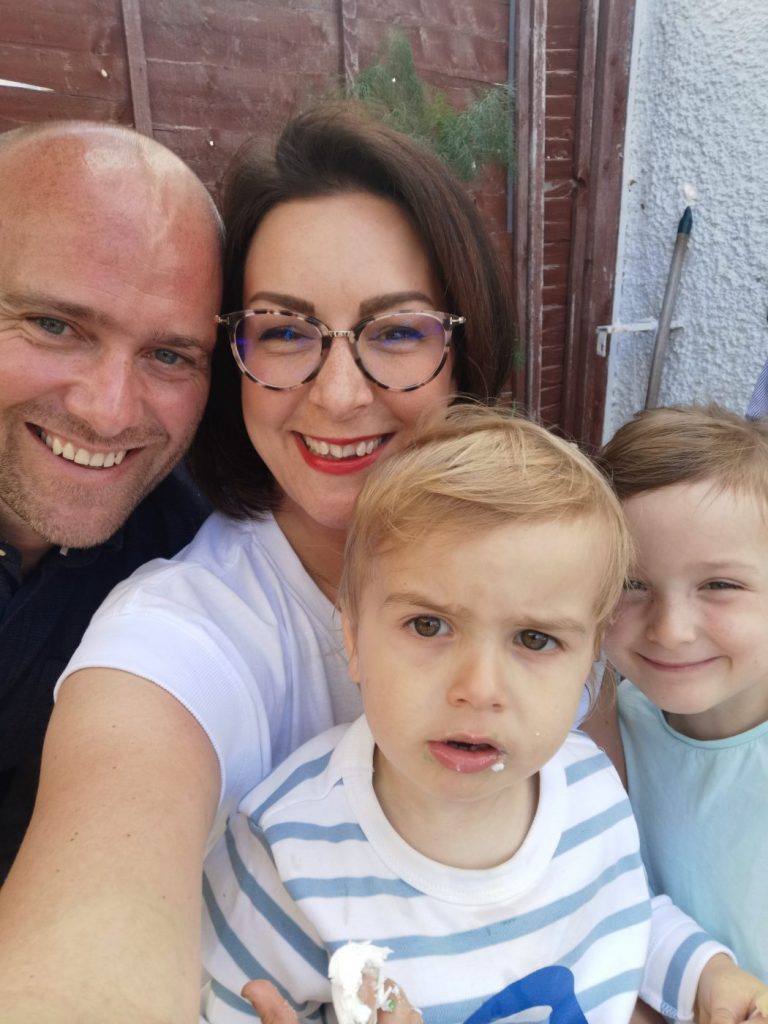 My pregnancy certainly wasn’t a breeze, however. I had problems with my back and hips, and now, looking back, I definitely suffered from antenatal depression and anxiety. I would visit a therapist and wonder why I didn’t have ‘the glow’ or why I felt angry and upset - nobody told me that being pregnant can bring on all sorts of mental health issues. The doctors would speak about gestational diabetes and placenta previa amongst other things, but they never mentioned depression to me. Because of this, I looked forward to my pregnancy being over and welcoming my baby girl into the world – thinking that, then, everything would be fine.

But it wasn’t fine.

When my daughter Elena, now five, came into the world, I became seriously unwell and was unable to bond with her.

Shortly after her birth, I began seeing things and hearing things that weren’t really there.

I would go into the bathroom and see blood pouring out of the tap. Then, as I would return to my bed, I would see thousands of cockroaches crawling out from beneath my bed. Spiders seemed to surround me and climbed up my walls. My world became very dark. Funnily enough, I didn’t really do anything about it. I spoke to a doctor friend, who said I was probably suffering from the ‘baby blues’. Baby blues my backside!

Twelve weeks into being a mum and things were still incredibly difficult. I remember it was 8th May 2016, a few days before my birthday. I am also sure it was a Sunday, because we went for Sunday lunch with my parents. It was a really normal day. We came home and I put Elena to bed. The next part of what happened is hazy. I came into our living room and removed my watch. I used the metal strap to scratch my arm. I remember my husband being horrified. James began asking what I was doing and things really escalated. Apparently I started throwing wine bottles around our living room, pulling anything and everything out of the drawers. Understandably, James was concerned and called my mother to come and help. When she came I began screaming at her calling her a whore. Please note that this is something I would never, ever do! Before I knew it, James was restraining me and there were police and paramedics surrounding me. I was taken to the Edinburgh Royal Psychiatric Hospital for assessment, where I was told that if I refused hospital treatment, I would be sectioned under the mental health act.

So, at 3 o’clock in the morning of the 9th May 2016, James drove myself and Elena to St John’s Mother and Baby Unit in Livingston. It was a locked unit for mothers with perinatal mental health disorders. I was diagnosed with postpartum psychosis and told that Elena and I would need to stay there together for a couple of weeks.

A couple of weeks turned into half a year. I believed that I needed to drown Elena and, as a result, I was not allowed to be alone with her. I had to have two people with me at all times. My door was never allowed to be closed and I tried to take my life several times. All very, very dramatic. Following my psychotic episode I went into a deep depression and required multiple sessions of electro convulsive therapy (ECT) to help bring me out of it. I was so depressed that I wouldn’t speak, and my family described me as having very dark eyes and just staring at a wall all day. I was catatonic.

With medication and incredible staff at the MBU, along with my gorgeous husband and super supportive family, I started getting better. Initially, I was too unwell for talking therapy, but slowly, I began to see a psychologist and learn about coping mechanisms such as ‘Decider Skills’ and my world opened up to mindfulness practice and meditation. After half a year, I finally came out of the hell that I was in. Unfortunately, after my second child, I became ill again but it wasn’t psychosis this time. I wouldn’t be where I am today without the incredible staff at St Johns and community support workers. And I don’t believe I’d be here at all if it wasn’t for my husband and loving family. Unfortunately, I only found out about APP and the peer support network after my illness, but I wish I had known about their support back then, because what they do is incredible.

Since my illness I have learnt so much about my wellbeing. Every woman’s experience is different, but for me, wellbeing is not just about health and fitness, something which I believed to be true in my twenties. Wellbeing is so much more; it’s life satisfaction, job satisfaction, having meaningful relationships, taking time for yourself to heal and reflect, having a sense of purpose and a sense of meaning. Whilst, as new mothers, we often hear about how amazing it is to be pregnant and how beautiful it is being a mother, we do not all feel this way all of the time. Unfortunately, not all women have a good start to motherhood – whether that’s because of depression or postpartum psychosis or any other reason. But one thing I really want women going through similar experiences to me to know is that it is TEMPORARY and there is support out there. As a woman, I feel that women supporting women is truly important - especially, when it comes to childbirth and parenting – which is why peer support is key.

My experience of postpartum psychosis literally nearly killed me. But to return to my first paragraph, it has also brought me so many good things too: I live a fuller, more whole and content life. I am resilient and stronger than anyone I know - that might sound cocky, but after everything I’ve been through, it’s true!

I am able to get through literally anything and I am no longer afraid.

One of the most important lessons I learnt is that you either get bitter or you get better. It’s that simple. You either take what has been dealt to you and you let yourself grow and become a better person, or you choose to let it tear you down. We cannot choose whether or not we experience postpartum psychosis, but we CAN choose how to get better with it. The choice doesn’t belong to fate; it belongs to you.

You are not alone. There are people out there. They are called APP. They can help you choose.