There’s a Korean tradition that when a baby is born, mother and baby stay home for the first 21 days. The first 100 days are considered a vulnerable time, and so we are meant to be cautious. It’s a belief rooted in keeping mothers and babies safe from harm, but in modern life, it’s a difficult tradition to follow. For me, it felt impractical and unreasonable, and I spent the first days out of the hospital inviting friends to our home and going out to restaurants and parks. We even decided to travel to the US when my son was two months old on an extended trip to visit family and friends. However, in the back of my mind, I would remember this tradition of confinement, and it was a decision I would question when I was eventually diagnosed with stress-induced postpartum psychosis. 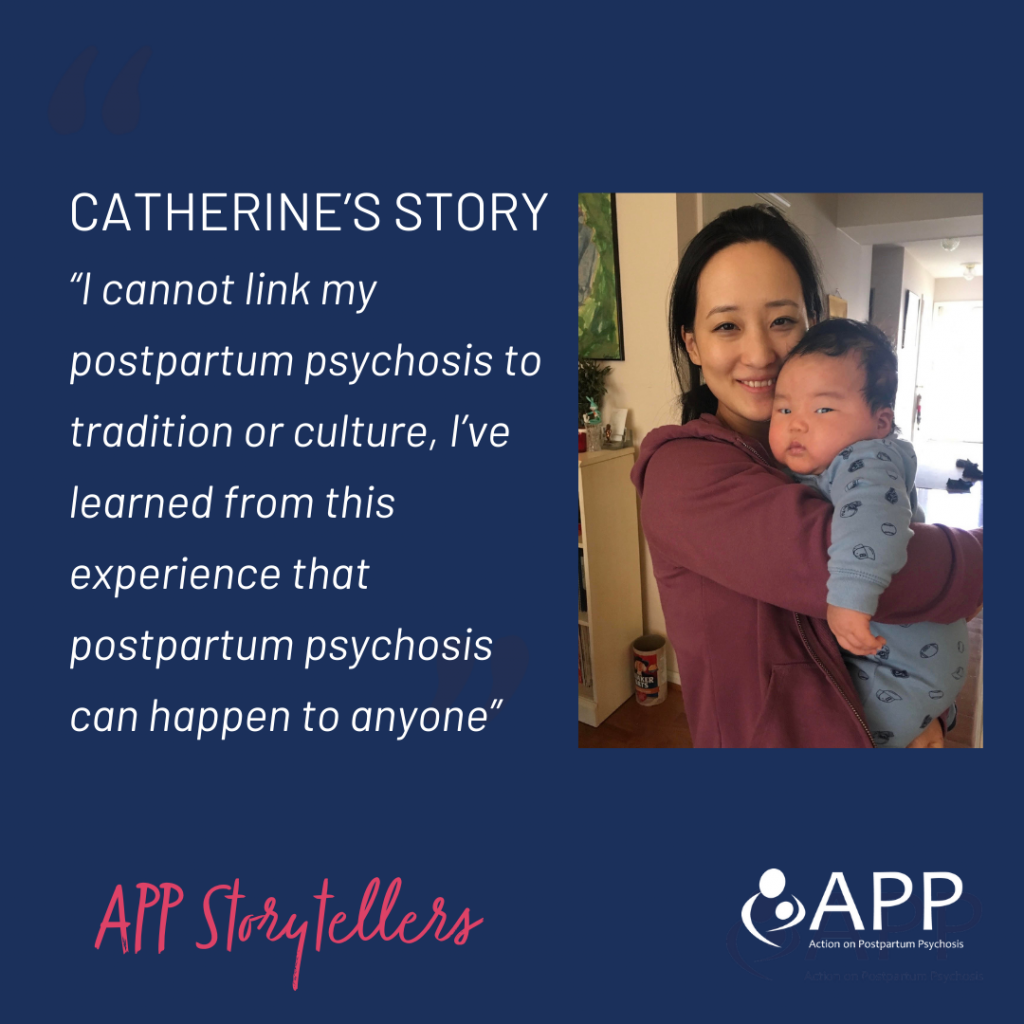 My psychosis started while I was in the United States, I’d wanted to introduce Cato to family on the West and East Coasts, and to celebrate his 100 days with family and friends.

It was towards the end of our trip, while I was staying with my in-laws that the symptoms of psychosis started. I hadn’t been sleeping for weeks, and the stress of travel and concerns from our families had taken its toll. I did not realise that what I was experiencing were symptoms of postpartum psychosis. I’d become paranoid, believing that my mother-in-law was signalling to me in a language separate from the others in the family. The house had Nest cameras installed for security, but I thought I could hear the cameras in the walls, I thought I was being watched. The warnings and concerns expressed kindly by my in-laws took on a darker meaning, I felt increasingly worried, and I could not sleep. It culminated in a moment when I looked at my son’s face, and his face was not his own, but the face of a devil.

I did not know what was happening. The moment felt too surreal to believe, but it felt so real to me. I did not understand. I knew that I needed to leave the family home, I had a sense that something very bad was about to happen, I just didn’t know what. I begged James, my husband to take us to a hotel, and he immediately packed our bags, and we left.

At the hotel, things descended quickly. I thought we were being tracked, and so I deleted all the apps on my phone. I started to see figures in the halls, people with strange faces staring at me, brushing past me. And my son’s eyes were still like the eyes of a devil. In the hotel, my husband tried to get me to sleep, but I couldn’t. I started losing sense of time, each moment was replicated a multitude of times. I thought I heard the voice of God, telling me that I was in hell, that my life had been a simulation, and that my son was going to die.

In some ways, it felt like a relief to hear this, it seemed to make sense, everything I’d been experiencing, all the stories of my past, of my family’s histories, I could see the patterns in them. I didn’t tell my husband what I ‘knew’, because I didn’t want to frighten him. He could tell that I wasn’t well, and so he asked his parents to come take our son, and then he drove me to the emergency room.

At the hospital, I lost all sense of what was real and not real. I started tearing off my clothes in the waiting room, I was attacking the nurses, they looked like demons. I remember hearing my husband shouting for help and being forced onto a gurney. 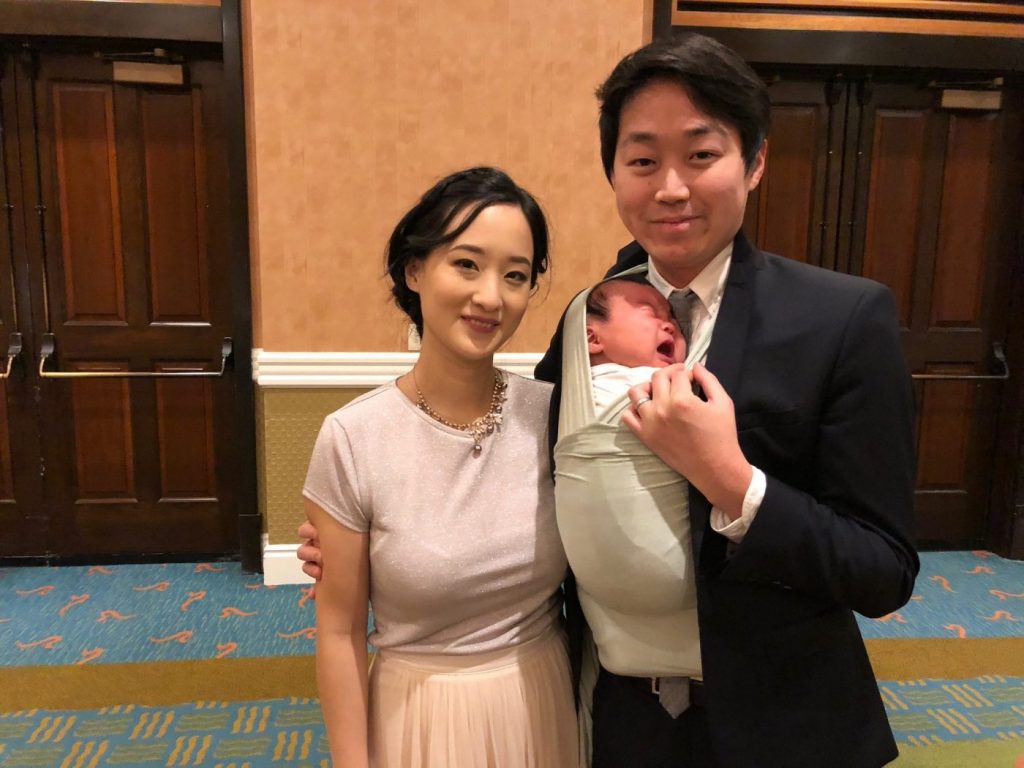 The next days are fragmented. I was given different medications, but nothing was working, and I still couldn’t sleep. I didn’t sleep for four days. I lost all sense of who I was, I thought I was my husband, my son, sometimes I was my mother. I remembered different versions of my life, versions that couldn’t be true. My husband would call my parents to come and help take care of me, but I didn’t recognise them. I thought that one of the nurses was the angel Gabriel, and I couldn’t eat because I thought the food I was being given was human flesh. There were times I remembered I had a son, that I knew who I was, but most of the time, I was terrified.

I would experience what I thought was the end of days

After four days, the decision was made that I would be sectioned to a general psychiatric ward. I was transferred via ambulance, and I remember thinking that the medics taking me were taking me to be euthanized. I am still grateful to the medic who held my hand the entire way, while I talked nonsensically and screamed at the animals surrounding us.

At the psychiatric ward, I would experience what I thought was the end of days – it was partly in reaction to the roughness of the staff who were trying to calm me, but it ended with me stripping off my clothes and urinating on the floor. I was sedated, and for the first time, I slept. I do not know how long I slept, I think it was for two days, but I woke up in a blank room with my hair tied in a strange way, with fragmented memories of who I was and what had happened. I spent eight days in the psychiatric ward, following instructions, attending the classes and waiting desperately to be released.

I was released to the care of my husband. I felt like myself, but I know now that I still wasn’t well. My time away from my son had taken its toll – I felt completely separated from him, and I had no memory of my bond with him. It felt physically painful to touch him. When I thought about it later, I would believe that this was my mind’s way of protecting him, of protecting him from a mother who could not be trusted.

We would return to London, where I was referred to the perinatal mental health team. A few weeks after psychosis, I would fall into a deep, clinical depression. It happened suddenly, where one morning I woke up, but I couldn’t move or get out of bed. Those months were some of the most difficult times of the experience. It felt unending, and I felt despair, because I couldn’t imagine being well again.

My husband made the decision to keep me at home instead of admitting me to a mother baby unit. One day when I was feeling too much pain to lift a spoon, my husband called my psychiatrist, and she referred me to the mental health crisis team. The crisis team would visit our flat every morning. Each visit forced me to get out of bed, and they would give me a task for the day. I started keeping lists of simple tasks – making a cup of tea, brushing my hair. They would smile at me, even as I sat unmoving and silent, unable to speak. They promised me that I would feel better, that one day this would be a memory. I tried desperately to believe them.

They asked me to spend time with Cato each day, to help rebuild our bond. I would do this as a practice, and I didn’t understand how I couldn’t feel a connection to my own son.

I would remain on an antipsychotic and antidepressant for a year. It was several months before I could start noticing moments of light. I would be sitting and realise I wasn’t feeling pain, that I was noticing the colours around me, and I would know that I was getting better. Those moments would be temporary, and then the darkness would come again, but eventually the darkness would come less frequently, and I would feel I’d reclaimed myself.

The bond with my son took longer to build. I approached it with intention. I went through the steps, and I hoped he would understand that I was working to come back to him, that I was trying to remember.

And one day I did remember him. I was holding him and feeling his weight against my body, and it felt familiar. And I felt like a mother again.

For more of Catherine’s story, you can read her memoir, Inferno, which is out now in hardback and paperback from Bloomsbury. You can also watch this moving film that Catherine recorded in March for the Maternal Mental Health Alliance. 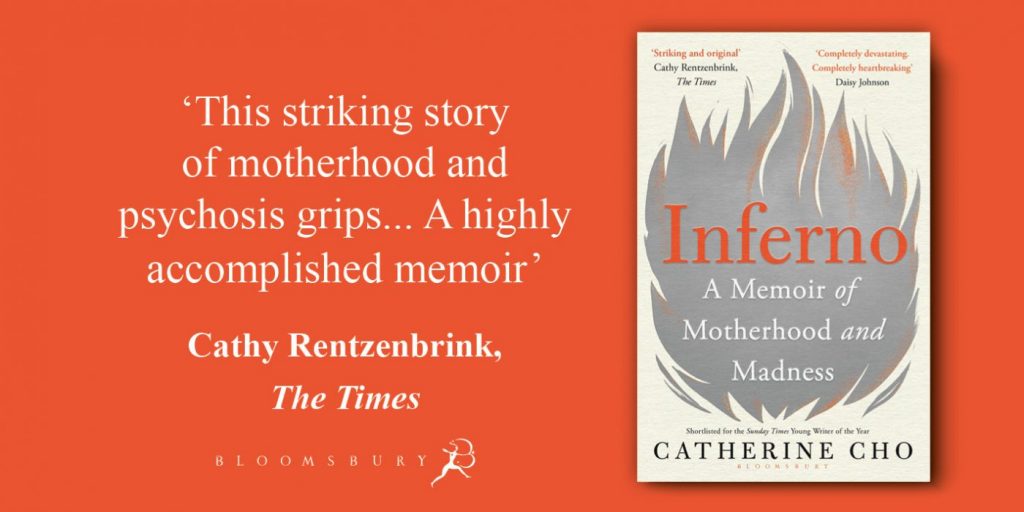