Danielle had been a midwife for over four years when she and her partner decided to try for their own family. Sadly, Danielle experienced a miscarriage before she was able to carry to full term, which meant that she was quite anxious while carrying her daughter. However, other than the worries and her morning sickness, Danielle’s pregnancy was relatively trouble free. 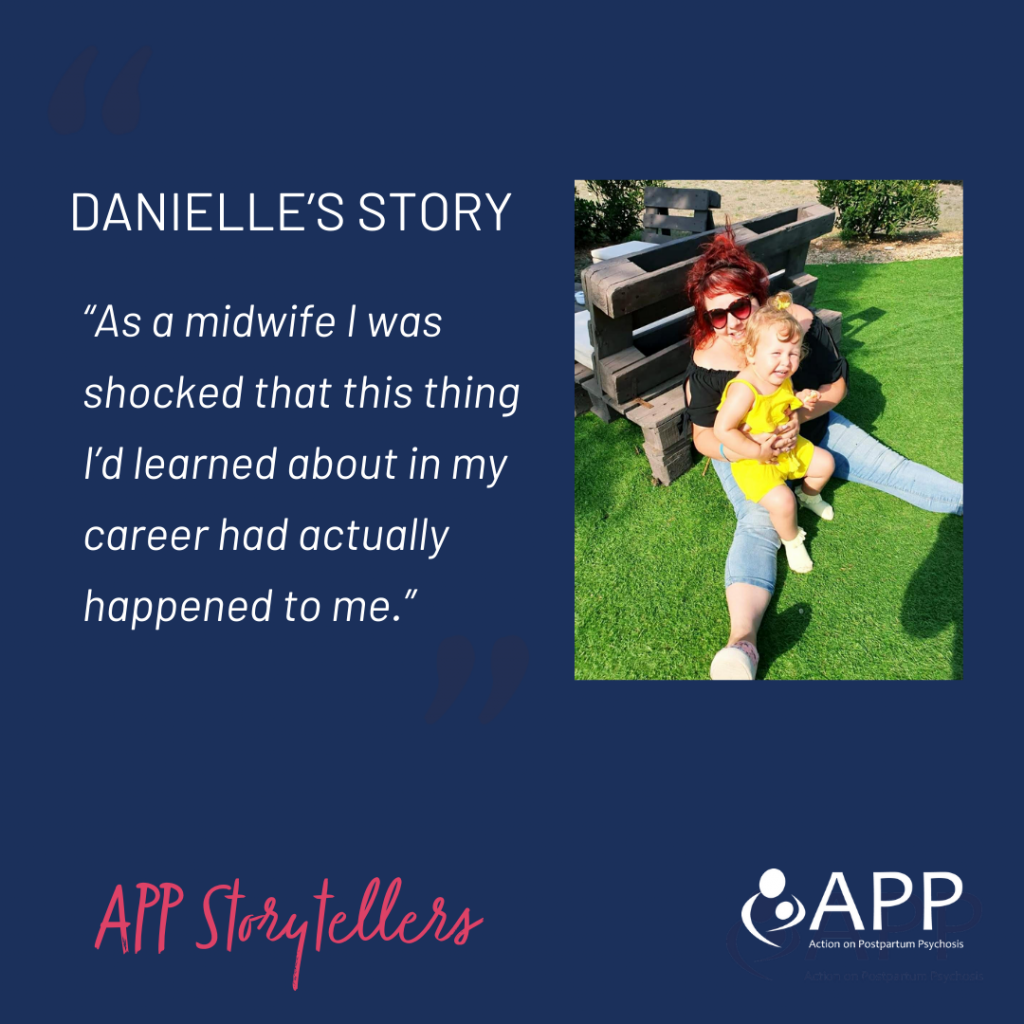 The birth, however, wasn’t the low lights, birthing pool experience that Danielle had hoped for and she had to undergo an emergency C-section after her induced labour didn’t go to plan. Add to that problems with an ineffective epidural, a haemorrhage and the fact that her baby became stuck resulted in a very painful and traumatic birth.

When Danielle got into the post op area she knew something wasn’t right but couldn’t put her finger on it. She felt emotionally and physically battered by the whole experience, and, instead of focusing on her baby, all she could talk about to her family, friends and colleagues was the trauma of the birth itself.

On day three, Danielle and her new baby daughter were able to go home which was both an anxious and an incredibly exciting time. As she walked in through the door and saw her pet husky, she immediately felt frightened that her beloved pet was evil and wondered why she was staring at her baby. She asked for her dog to be locked in another room.

As the days went by and visitors dropped in, Danielle could only talk of her traumatic birth and was able to focus on little else. She became unable to sleep and would stay awake all night for the feeds, rather than setting her alarm. Danielle also became obsessed with expressing milk however, because her mind was racing and she wasn’t eating or sleeping, she became unable to supply the breast milk her baby needed.

On day fourteen, after more arguments, Danielle told her partner to pack his bags, convinced that he was the problem. With this behaviour being so out of character, Danielle’s partner confided in both his mum and Danielle’s mum and both came to speak with her. On arrival, they found Danielle had locked all the doors and shut all the blinds and was unwilling to speak to anyone, getting angry and aggressive. 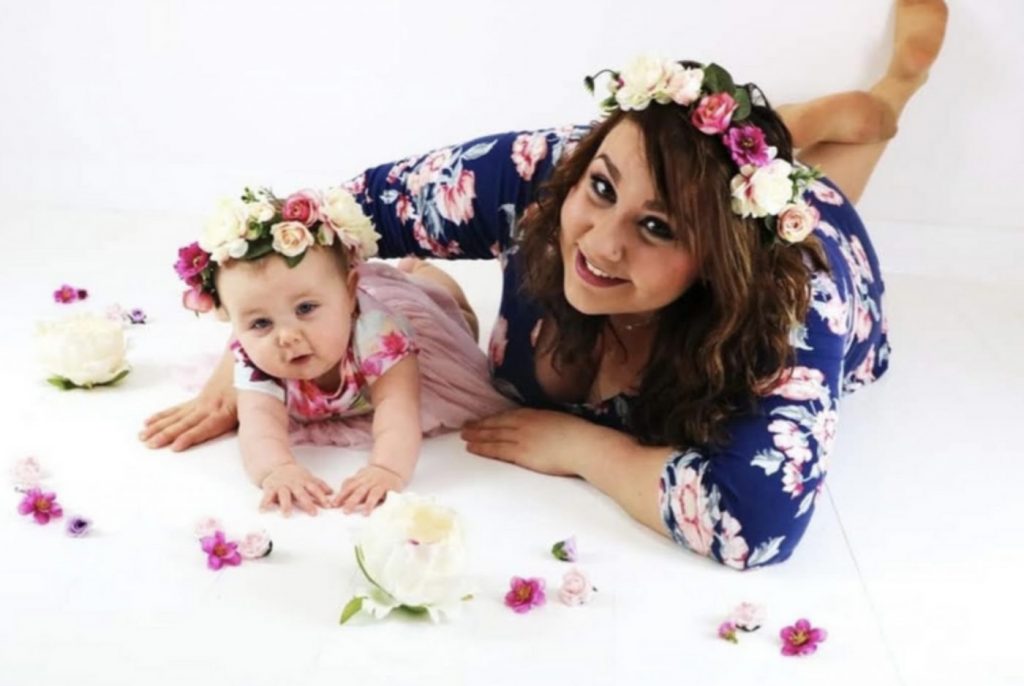 On that night, a GP visited Danielle and made her an appointment for a psychiatric assessment the following morning. At the appointment, Danielle couldn’t even read the papers in front of her that she was asked to sign - all the words had become blurry and back to front. At this stage she was sectioned.

While on the ward, Danielle had even forgotten that she’d given birth, having to check her caesarean scar to see if it had really happened. She became paranoid and was reluctant to take the prescribed drugs, thinking that the doctors and nurses were trying to kill her.

After a visit from her mum and her partner she eventually took her meds and slept for twenty hours straight. On waking, Danielle still felt incredibly confused, but she could feel parts of her old self coming back. She was given a leaflet on postpartum psychosis and was shocked that this thing she had learnt about during her career had actually happened to her.

Once the antipsychotics started to take effect, Danielle was moved to a mother and baby unit (MBU) to be reunited with her daughter. The MBU was brilliant and Danielle was able to meet other mothers going through the same thing and get the dedicated support she so needed. However, the MBU was three and a half hours away from home so it was a struggle for family to visit.

After less than ten nights in the MBU, Danielle was ready to go home. This is when the postnatal depression (PND) kicked in. Danielle says that the PND was so much worse than the psychosis because, with the psychosis, you don’t really understand how you feel or what is happening. She spent weeks continuing with her antipsychotic medication as well as antidepressants, but the depression persisted for around eight months and she really struggled. However, after eight challenging months, Danielle felt ready to return to work and started to feel like herself again.

Today, Danielle is feeling happy and confident as a mum and midwife and has a much greater understanding of postpartum psychosis having been there herself. She hopes to raise awareness to help other new mums who might be experiencing similar challenges.