Hugo White, formerly of The Maccabees, is a musician and, we’re proud to say, an APP Ambassador, alongside his wife, author Laura Dockrill, who experienced PP in 2018.

I’d known Laura since we were kids, and we’d always been close friends. But we didn’t actually get together until years later, aged 30, when the stars aligned and our worlds brought us back together.

So when Laura found out she was pregnant if felt like the most perfect thing. I knew there was nobody else I’d rather go on that journey with.

Of course, becoming a parent is rarely straight forward and, in our case, it was incredibly traumatic, resulting in Laura’s diagnosis of postpartum psychosis (PP).

The birth had been extremely traumatic – way beyond what our anxieties could have anticipated – and Laura had to have an emergency ceasarean. The problem was, as first time parents, we had no idea what was considered a normal response to the trauma. Sadly, because PP is still so misunderstood, the doctors didn’t spot it for some time either. 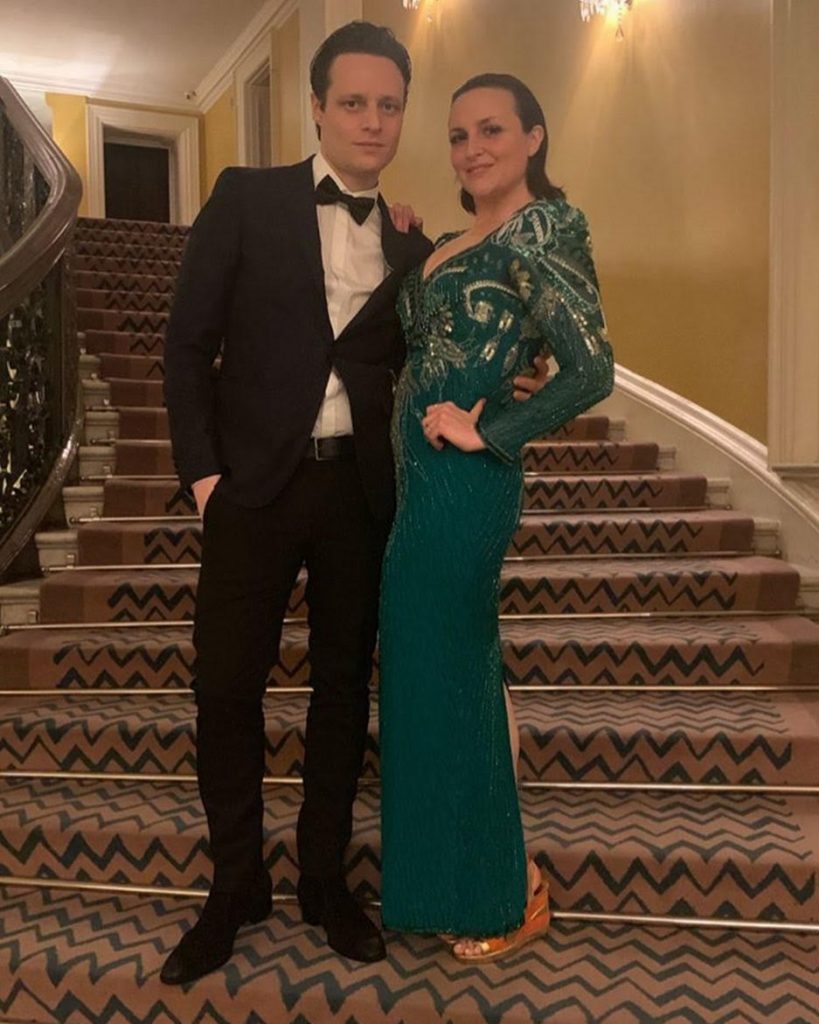 I was so relieved to hear our baby boy, Jet, screaming as, due to the complications we endured, we’d been told he was starving in the womb. From that moment it felt as though the trauma of the birth had been released from me, but it was an entirely different story for Laura.

Having been through so much trauma – physically, mentally and emotionally – Laura was completely exhausted. Even so, as a new mum, she had no respite, as Jet was so skinny and was needing to feed constantly. Laura and Jet stayed in hospital for five days so we were relieved when we were all able to be at home together as a new family. And I really believed at that point things would be OK.

Sadly, however, that wasn’t the case.

Laura kept telling me that something wasn’t right. There’s a blurred line when it comes to mental health after someone’s had a baby because you kind of expect there to be some upheaval, the baby blues etc. So that can get in the way of spotting something more serious like postnatal depression or postpartum psychosis. But Laura kept persisting, telling me that something was very wrong so we visited the doctor on several occasions but they kept reassuring us that everything was normal.

In between these visits, Laura developed extreme paranoia, delusions and hallucinations, which turned to suicidal thoughts. It kind of crept up on us but even though I could clearly see that Laura was delusional, no midwives or doctors were able to pinpoint what was going on.

Thankfully, Laura’s best friend, Adele, did some online research after we discussed the symptoms. She found some information on PP and Laura ticked every single box. As soon as I saw this I knew we needed emergency help so I called a psychiatric doctor – something I had to do privately as I couldn’t get an NHS appointment for several days and all the information I had been reading impressed upon me how urgent care was a necessity.

The scariest time was being at home alone with Jet. I had my three week old baby sleeping in my bed, and Laura wasn’t with us. I had no idea if she could get well again or if she was even coming back at all.

Thankfully the doctor was really reassuring. He looked directly in both of our eyes and he told us that Laura would 100% recover. Being able to put my trust in him and knowing that she was in the right place really helped me hold onto that hope.

Finding recovery took a long time, and, although Laura was only in hospital for three weeks, it took much longer for her to reach full recovery. At that point it was my job to put everything else to one side and really focus on supporting Laura and Jet.

Laura worked really hard at her recovery and I felt lucky that she was so open about how she was feeling. Being able to talk about things honestly with each other was really important and Laura went through a lot of therapy as well, learning lots of new tools to support her recovery. 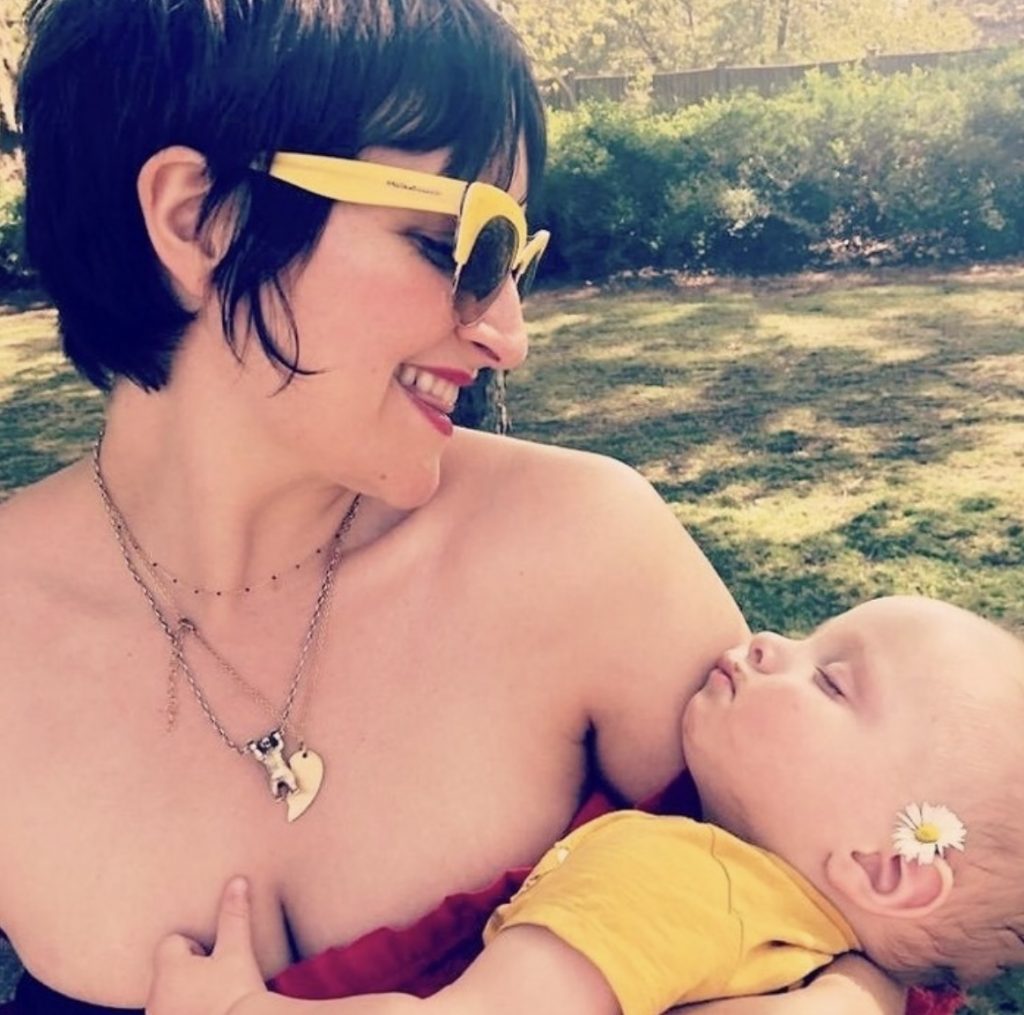 A year later, with Laura feeling fully recovered, I almost completely sank. I started experiencing anxiety and panic attacks – something I’d never experienced before. I think it was some sort of delayed reaction to the trauma we’d all been through as a family.

Being able to share what I was going through with Laura was so helpful. Having been through so much anxiety herself as part of the illness, Laura had learnt so much in terms of how to deal with panic. While I saw my GP who also helped me, I really credit Laura for coaching me through it and, after around a month, I felt much better.

In some ways, I feel that our relationship is even stronger now because of these experiences. We have a much better understanding of ourselves and of each other, and our bond as a family is as strong as ever.

Feeling too proud to ask for help as the partner of someone who has been through such a serious mental illness actually only makes things harder for everyone involved.

Of course its going to have an impact on you and, the sooner you acknowledge that and get support, the better it is for everyone.

When it comes to PP, there are so many others who have been through what you have – both in terms of the women diagnosed and the partners or close family members who support them through it. You shouldn’t feel ashamed of the impact that it can have on you. It really is traumatic. But there is help out there – from your doctor, from APP’s partner peer support network and from all the information that is available online.

It’s reassuring to know there are others out there when you feel so alone so don’t hesitate to reach out – to get help for your partner, but also for yourself.