Fiona Putnam shares her experience of getting pregnant again having experienced postpartum psychosis. 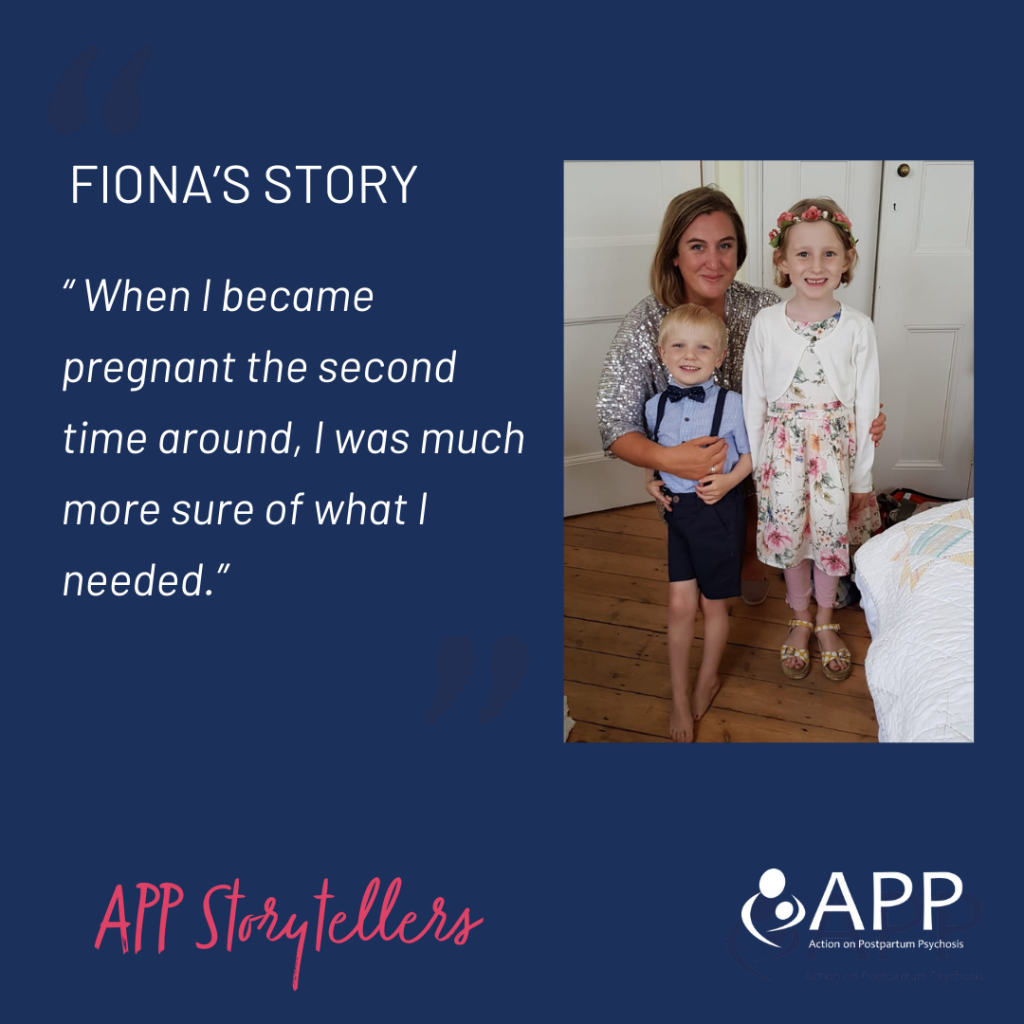 I suffered from postpartum psychosis in 2015 after the birth of my first child, prematurely, at 31 weeks. My episode culminated in a suicide attempt and I stayed on a psychiatric ward and on a Mother and Baby Unit for two months while I put myself slowly back together (with the support of the staff there, my husband, my friends and family).

In 2018, knowing the risk of relapse, I got pregnant again and gave birth to my son. Despite complications with my physical health (I had a dangerous condition called Acreta, where the placenta attaches to the old c-section scar) I remained well, with the support of a fabulous midwife, a prophylactic anti-psychotic, my fabulous mum friends who had been so supportive when I was ill first time around, and my very nervous friends and family!

By day five, post hysterectomy and birth, the professionals knew that my chances of becoming unwell with pp had lessened, although the depression that I suffered from after my first episode did return. Second time around, I was much more sure of what I needed and sat in a doctor’s waiting room as he contemplated what to do with me and said, uncharacteristically, “I’m not leaving this room until you prescribe me an anti-depressant”

Mental illness can make you much more badass when you know you’re becoming unwell!

When my sleep was impacted by the depression, I got scared of more serious symptoms returning and fought to have a room on the mother and baby unit again. I was actually only there a week, as the medication kicked in quickly the second time around. The thing that struck me in that week was doing a drama therapy session (a bit of a bus man’s holiday as I worked for many years as an actor) where I drew a picture of what my ideal family life would look like, all sat around a fire, toasting marshmallows and laughing: just months later, I realised that that picture had become a reality, as we sat with friends on our allotment on bonfire night, my new baby in my arms. As with my daughter, I did struggle in that first year (the baby stage is not my favourite!) but I just accepted that I found it hard and didn’t send any more arrows my way.

When my son was one, I became energised for my career again, and started to retrain as a mindfulness teacher.

Mindfulness was a lifesaver for me when I was unwell. I set up my own coaching company, having spent years waiting for others to see my talents!, and I resumed writing with my writing partner, novelist Nuala Calvi, who I met at a group for mums who were struggling post-birth. This year I have started working part-time for the NHS as a peer engagement facilitator, working with women who are struggling postnatally, just like I did. It’s a great privilege to use my lived experience to help other women and to show them that mental illness doesn’t have to break you; it can, in fact, be a gift. I wouldn’t wish my experience on anyone, but I can honestly say it has been the greatest gift I’ve ever been given in life, along with my two gorgeous, loud, effervescent children.