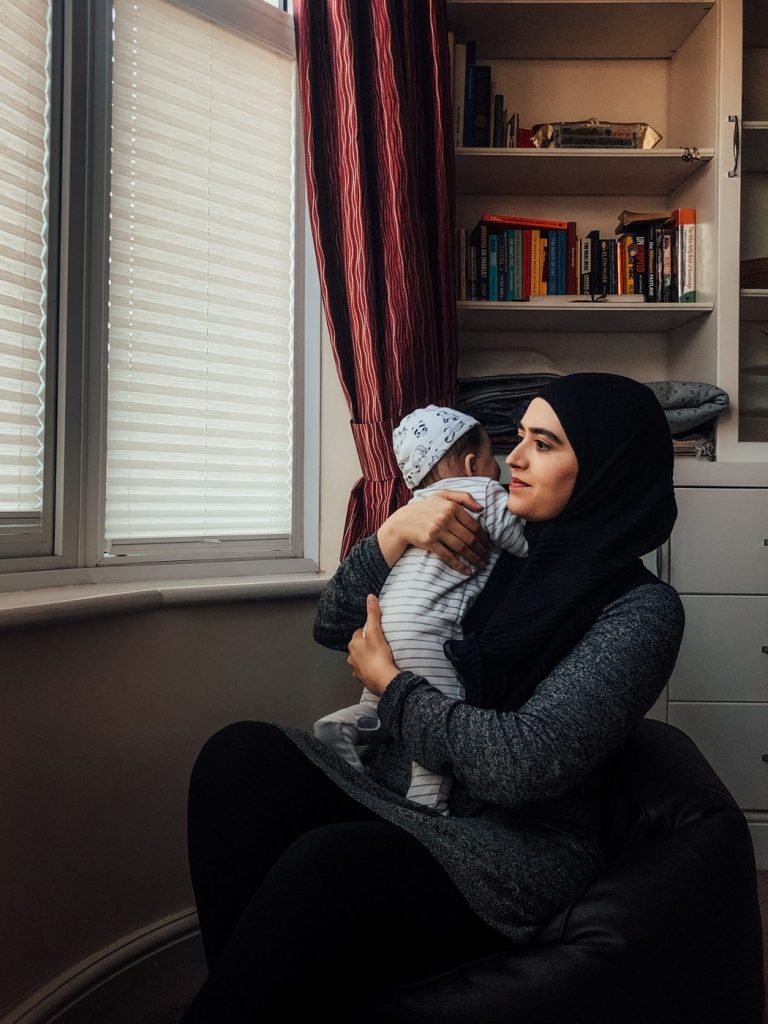 Having a baby is a significant, wonderful and stressful time of life. But when giving birth coincides with family weddings and various other things that life throws at you, that stress can be amplified tenfold. In the days after I gave birth, I remember feeling vulnerable, exhausted and highly emotional.

So far so normal.

However, by day five things for me and my family were definitely not normal.

I became quite elated but I was also really confused and, I’m told, acting in quite a bizarre way. Running naked around the room was certainly not normal for me, and neither was telling anyone and everyone my personal problems. I was so sleep deprived and was struggling with breastfeeding big time. I sought out breastfeeding support on several occasions and after seeing the breastfeeding support team and speaking with them as if they were my counsellors, they suggested I see the crisis team. They could tell something simply wasn’t right.

However, for some time it was difficult for the people around me to see just how unwell I was. Because I have a masters in forensic psychology, I was regularly articulating all this knowledge and all these psychological terms and, seemingly, demonstrating insight into what was happening to me.

But in reality, I wasn’t just a bit switched on and alert, I was far too switched on. In fact, you could say I was behaving like a mad scientist!

By this point I had racing thoughts and I was hearing and seeing things that weren’t there. I was also talking at a hundred miles an hour, sending hundreds of messages to people and constantly writing and researching. These behaviours were symptoms that I recognised from my study, but, unfortunately, even though I recognised what was happening it didn’t instil in me just how unwell I was.

Conversely, I was elated. I felt as though I was solving some kind of puzzle and having my eyes opened to the experiences that others I had worked with had gone through.

From that point on things became blurry. My husband called the crisis team and I know that they assessed me over a period of five days and told me that I needed to go to a Mother and Baby Unit (MBU), but I refused to go.

Eid was fast approaching and I was determined to stay at home and host the family for the big day as we had planned. I kept telling everyone that I knew my rights, that I had insight and I was informed enough to make decisions but, even though I had all the technical knowledge, my illness stopped me from seeing just how poorly I had become.

Eventually, they managed to get me admitted to an MBU in Nottingham, so it wasn’t too far from home. When I arrived there I was both confused and elated – I’d worked in these kinds of environments and I became excitable. At one point I tried to deliver a PowerPoint presentation to the doctors (this did not happen but I tried!). I was constantly ‘researching’ but I wasn’t using books or Google – I was using my mind and my racing thoughts and writing everything down, every single day. Imagine writing all day long, that was me! 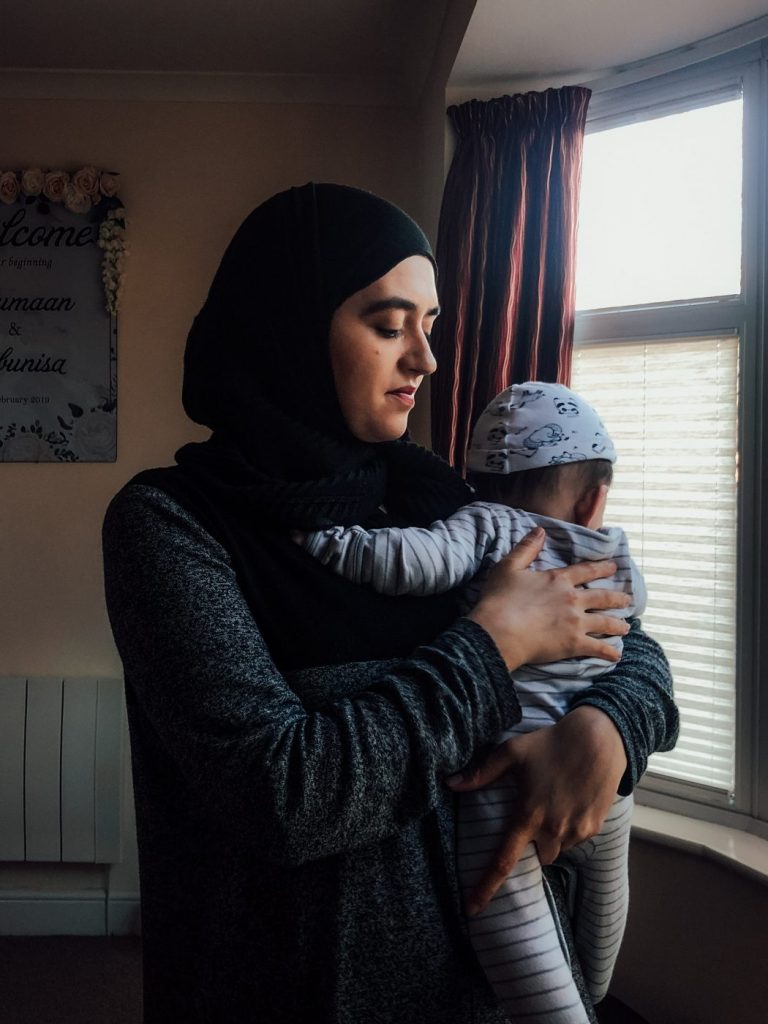 My moods were all over the place and it was as though everything about my personality was 10x what it normally was. I’m a clean person, but I became obsessed by cleanliness, at one point spending three hours straight in the shower. I also became really angry with my husband when he tried to decorate the room for Eid and I ripped everything back down again. I was constantly having tantrums but my husband kept visiting, he kept supporting me and just being there for me.

I didn’t trust anybody, so when they tried to give me medicine it was a real challenge. I would ask for all the relevant paperwork, requesting printouts and saying I needed to be kept fully informed.

After a while, I remember finding a leaflet in the MBU about postpartum psychosis and when I read up on it I began to recognise that it was what was happening to me. I had been told by health professionals that this was probably my diagnosis but until that point I refused to believe them.

Eventually I started trusting their care and taking the meds, which brought me back to my usual self.

Although I don’t remember all of this, the staff and family have since filled me in on some of the things that happened.

After about three months in the MBU, I left the MBU and received care at home from the perinatal mental health team and my family supporting me along the way. I started to think I was much better. However, after the psychotic symptoms died down, I was hit with depression and anxiety. All of these different mental health problems were affecting me. Before giving birth, I hadn’t experienced any mental health problems at all...

Now I want to help others. I personally found a lot of support and strength through APP’s network and I want to give something back and to let others know that you can recover from PP. You may not feel like you will whilst you are experiencing it but YOU WILL and YOU DO get better.