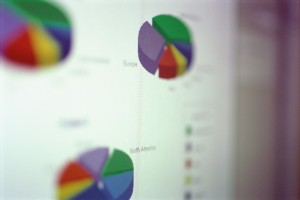 Psychiatric care for PP varies widely throughout the UK, but there has been no research to compare the different types of care (for example admission to Mother and Baby Unit or admission without baby to a mixed sex general adult ward). Therefore there is little evidence to help local areas justify the costs associated with specialist treatment for women with postnatal mental illness. We conducted a survey of APP members and had a fantastic response - receiving back 218 completed questionnaires.

We found that women who had been admitted to Mother and Baby Units were much more satisfied with the care they received. They felt safer, more informed about their illness, more confident with their baby on discharge, and had quicker recovery times than women admitted to other types of unit. This work is being written up for publication. For more information on this study see the APP 2011 Magazine.

We are extremely grateful to Mother’s Voice who funded this study. We are also proud to announce that Nicola Muckelroy, who was a director of Mother’s Voice, joins us on the steering committee of APP to help us set up a Peer Support Network.

Some women with PP experience illness after some pregnancies, but remain well after others. We compared deliveries that were affected and unaffected by PP.

We found that primiparity (i.e. being a first time mother) and experiencing a medical complication during delivery were significant risk factors for PP. The next step is to design studies that can explore what biological and psychological mechanisms could account for these findings. View the research report here.

We examined the earliest symptoms reported by women in their episode of PP. Prior to this study it was believed that symptoms began on day 3-4 following delivery. Most women in our sample felt that, looking back, they could notice some mild symptoms beginning on day one, and some 10% felt that they began to feel more ‘elated or strong and important’ over the last trimester of pregnancy.  This has implications for the types of hormones we consider as good candidates for a role in PP.

The most commonly recalled early symptoms were feeling ‘excited, elated or high’, feeling ‘more active and energetic, ‘talking more or feeling chatty’, ‘not being able to, or needing to sleep’ and other symptoms such as ‘feeling anxious or fearful’ or ‘confused, unreal and in a dream world.’ Health professionals rarely ask about these kinds of symptoms, even in women at very high risk of PP episodes. Indeed, they are likely to consider that such women are coping ‘ultra well’ with pregnancy and the demands of new motherhood. The team has published a paper suggesting that health professionals be aware that these feelings could mark the beginning of a mood disorder and deserve closer scrutiny. View the research report here.

Risk of Postpartum and Non-postpartum Recurrence of Illness 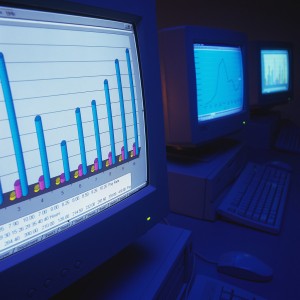 We conducted a study of the risk of further illness in women who have suffered PP. This is the largest study to date into risk of recurrence.

We found that after experiencing an episode of PP, women had a significant risk (around 57%) of becoming ill following a subsequent delivery but we also found a high risk of experiencing an episode of illness unrelated to childbirth. Our findings indicate that advising women to avoid future pregnancies if they wish to avoid further episodes of illness might not be appropriate. Work is underway to try to understand the factors involved in why some women have further episodes of illness while others just have one postpartum episode. This work will be important in advising people on their individual risks and on ways of reducing the risk of recurrence. View the research report here.

Changes in Self Identity Following an Episode of PP

Rachel O’Brien (nee Buffham), a trainee Clinical Psychologist for Surrey and Borders NHS trust, has been conducting a study into changes in role and self identify following an episode of PP. Rachel interviewed seven women and has analysed the data using a qualitative methodology called Interpretative Phenomenological Analysis. Rachel is currently submitting an article for publication. She found that women feel isolated, both because their experience is not shared by those around them, and because of the relative lack of knowledge of PP in health professionals, family and friends. Many women describe a sense of survival and achievement after recovering from such an experience. For further information, please email Rachel: r.buffham@surrey.ac.uk

In this study we examined symptoms of hypomania (and other mild forms of symptoms common in PP) in a large sample of normal women from a maternity hospital who did not develop an episode of PP. We found that there was a spectrum of severity of ‘bipolar-like’ symptoms in the normal population following childbirth and that these symptoms were much more common in the first week postpartum than during pregnancy or later in the postpartum. The more extreme these high mood symptoms were, the greater the chance the women would suffer a postnatal depression.

We examined a range of risk factors for postpartum high mood. As in PP, primiparity (first delivery) was a risk factor, as was a previous history of minor mood disturbance and a family history of high mood or depression. Other interesting findings were reported with personality traits and obstetric factors that need to be replicated in larger samples. High mood (even though it was associated with a high risk of later depression) did not adversely affect the mother baby bond. View the research report here.

Further studies of mild symptoms of high mood are being developed as it is hoped that these can give insights into risk factors and mechanisms involved in postnatal triggering of more severe mood disorder episodes.

We conducted in-depth interviews with 10 women from APP the experience of postpartum psychosis and a number of key themes arose out of the interviews. All of the women interviewed viewed childbirth as the precipitant of their illness, predominantly viewing it as biological or hormonal, with traumatic births or stressful pregnancies as further precipitants. Women viewed PP as different from other forms of mental illness, requiring separate and specialised forms of treatment. Many described a lack of experience in health professionals compounding their fear and sense of isolation. Lack of control over treatment and their lives was discussed by many women, who felt anger that they, and their families, were sidelined from decision-making processes. Many women talked of the lack of support in place for husbands – who either became responsible for looking after their partner and baby or were separated from them. A sense of loss and, for some, guilt arose as a key theme at being unable to fulfil the role of a new mother. An interesting issue described was of losing the privilege to feel ‘normal emotions’ without worrying, or others worrying, that this was a sign of illness.

Those interviewed described that relationships with friends and family are often strained following an episode. They felt there was a correlation between friends’ reactions and a previous awareness of psychiatric illness. For some the use of humour was useful, while in other families the illness was not spoken about and women felt denied the opportunity to discuss worries. For most, it was described as a ‘life changing experience’, forcing a struggle with self identity, but most felt that they ‘regained their old sense of self’ and gained greater confidence, self awareness and a sense of empathy with others. View the research report here.

We have conducted two types of study into the process of recovering from PP: a large survey of APP members investigating time to recovery and an in-depth service user led interview study. See below for results of the survey which we are writing up for publication.  We have submitted a publication describing the process of recovery and you can click here for information for women developed from the in-depth interviews.