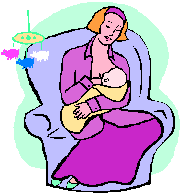 University of Adelaide researchers have found that women on antidepressants are more successful at breastfeeding their babies if they keep taking the medication, compared with women who quit antidepressants because of concerns about their babies' health.

These results have just been presented this week at the 18th Perinatal Society of Australia and New Zealand (PSANZ) Annual Conference in Perth. Using data from the Danish National Birth Cohort in Denmark, researchers in the University of Adelaide's Robinson Research Institute studied the outcomes of 368 women who were on antidepressants prior to becoming pregnant.

"We found that two thirds of the women (67%) stopped taking their antidepressant medication either after becoming pregnant or during breastfeeding," says Dr Luke Grzeskowiak from the Robinson Research Institute.

"A third of the women (33%) continued to take antidepressant medication throughout their pregnancy and while breastfeeding, and these women were much more successful at maintaining breastfeeding up to and beyond the recommended six months.

"In contrast, those women who had stopped taking antidepressants were also more likely to stop breastfeeding within the recommended six months."

Dr Grzeskowiak says the health benefits of continued breastfeeding greatly outweigh any perceived risk to the baby from antidepressant medication.

“This is a really important message ... on the balance of it, we believe that continuing to take antidepressant medication and maintaining regular breastfeeding will be the best outcome for both the baby and the mother”

"This is a really important message because we know that breastfeeding has immense benefits for the child and the mum herself, including a degree of protection against post-natal depression," he says.

Dr Grzeskowiak says many women struggle with decisions about what to do with medications both during pregnancy and lactation.

"If they're taking antidepressants, they should be supported and encouraged by family members, friends and healthcare professionals to continue with their medication, knowing that good breastfeeding outcomes are all-important for them and their child," he says.

This research was funded by the National Health and Medical Research Council, and the Women's and Children's Hospital Foundation.