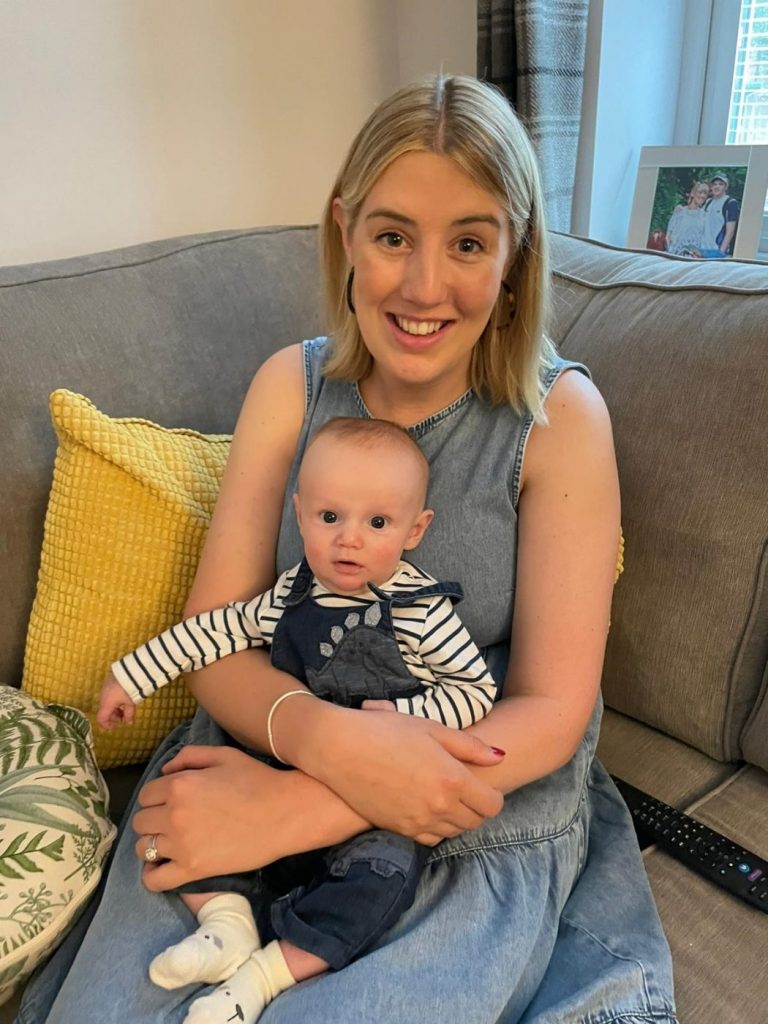 In March 2021 I gave birth to a perfect little boy called Ralph and my family was complete.

I had a very easy pregnancy and loved every minute of it, I couldn’t wait to be a Mum.  After a short stay in hospital because Ralph had an infection, it was time to come home. Looking back I wasn’t right from the moment I got home but we just thought it was an extended set of the ‘baby blues’ - as did the midwife who came to see me.

Shortly after being home I was terrified someone was going to take my baby from me, that the house had to be tidy and if it wasn’t something really bad was going to happen.
I couldn’t remember anything and had to carry a notepad with me at all times to write down everything I had to do or had already done, from Ralph’s feeds to nappy changes.

The final straw for my husband and family to intervene was when I started to open presents and cards and couldn’t remember who anybody was.

My husband, Laurence, decided I needed medical attention ASAP but there was no chance I was going back into hospital and leaving Ralph. He told me I had a water infection and just needed to go in for some antibiotics so I agreed. Getting me into the hospital was very difficult as, by this time, I couldn’t remember anything about Covid and didn’t understand why I needed to wear a mask. I was taken straight to A&E where I was asked a series of questions which I couldn’t answer, including which day it was and who the prime minister was. By this point I had started to hallucinate and thought that every doctor was against me. The police were nearby with another patient and seeing them made me think that they were going to section me.

I ended up staying in hospital for a few days having all sorts of tests to rule out anything medically wrong with me before the psychiatric team would get involved. By this point my husband had found out about postpartum psychosis and that the best place for me would be a mother and baby unit.

By now I was very unwell and believed that I, and the midwife looking after me, had been arrested for committing a terrorist attack on the hospital. Every nurse or doctor that came to see me I thought was a member of my family or friends. Laurence was bringing in Ralph everyday so we could continue to bond, but by this point I thought Ralph had died so this became quite stressful. I believed my room was under surveillance and armed police were outside my room. When my Mum came to see me I thought our meeting was being broadcast on national TV. It all seemed so real.

The day before my 30th birthday I was transferred by ambulance to a mother and baby unit.

The first few days in the mother and baby unit I didn’t speak, I spent my 30th birthday mainly in my room believing I was still under arrest and my room was a prison cell. By this point the radio had started speaking to me and I couldn’t watch the TV because I believed that it was still covering the terrorist attack I’d committed. The staff were incredibly patient and understanding. 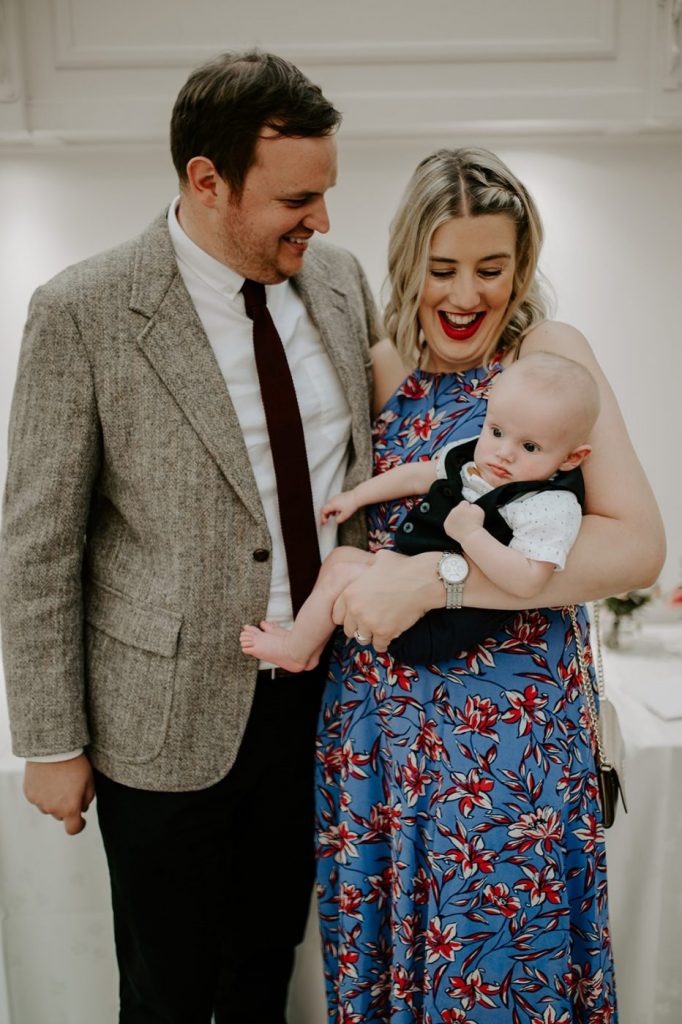 I was extremely lucky to get a place at a mother and baby unit close to home and my husband visited us every day. I remember so clearly asking him when we first arrived “How long will I be here?” to which he replied “it normally takes 6-8 weeks for people to recover.”
3 months, a relapse and being put under section later we finally returned home.

The mother and baby unit was incredible, I owe my life to them.

Without them who knows what would have happened. Every member of staff helped myself and Ralph bond through my recovery and supported my whole family. I also made some friends for life in the other mums that I speak to most days now. We were thrown together and have all been through such an experience together, I will be forever grateful for them.

I remain on medication for my diagnoses and am currently being supported by the wonderful Perinatal Mental Health team and the Early Intervention for Psychosis team who I see every other week.

Postpartum psychosis is scary and can affect anyone, including me who had no mental health problems in the past. My advice for anyone experiencing it now is, you will get better, take the support and treatment given to you. It’s helped me to put life into perspective and know what’s important. I’m not angry it happened to me, it’s part of who I am and now I want to give back to all the people who helped me recover.