When I was 30, I experienced a frightening psychotic episode that came completely out of the blue. I think it may have been linked to what was, at that point, an undiagnosed under active thyroid problem – but I don’t know for sure. Regardless, I took a year out of university but was, thankfully, able to return the following year. 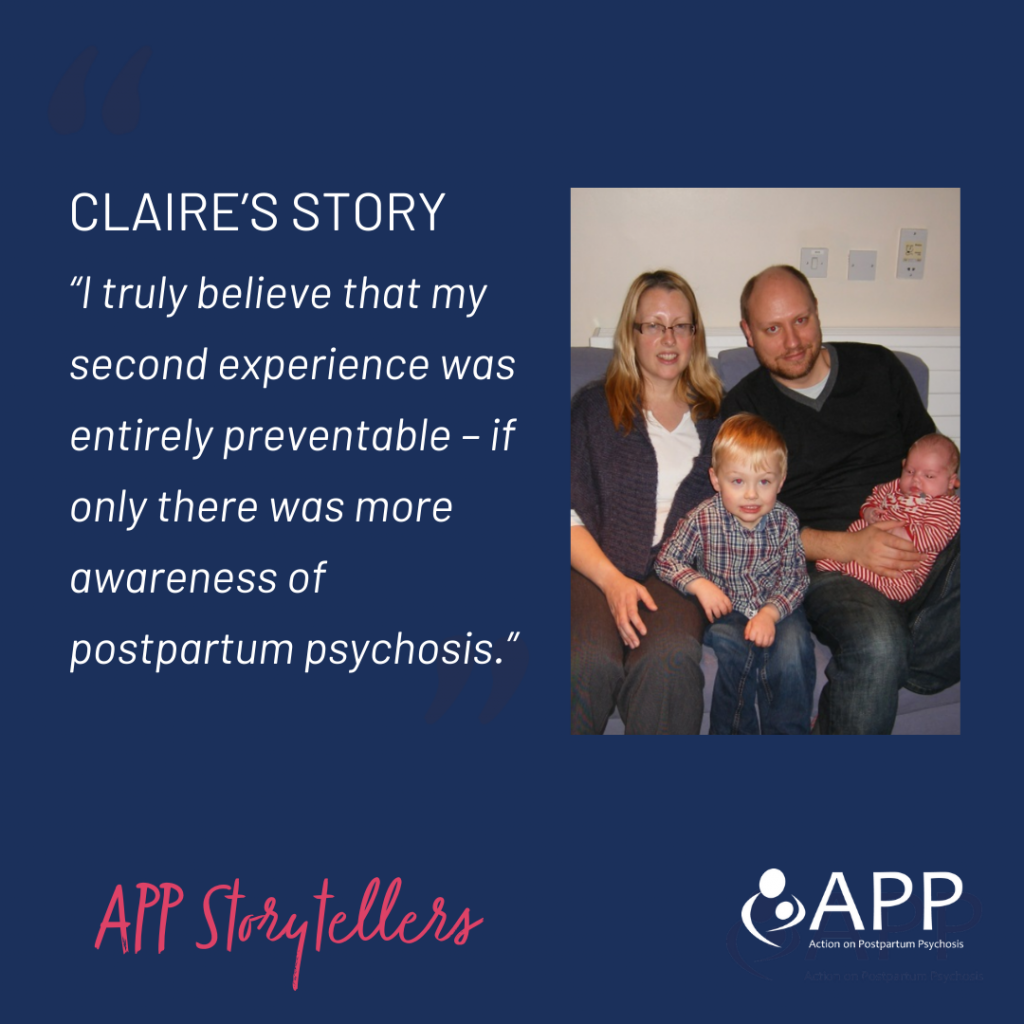 Four years later, when I was pregnant with my little boy, I enjoyed a fairly smooth pregnancy until I reached labour. At that point, my contractions were all over the place and I ended up being in labour for four days – initially being sent home from the birthing centre and then admitted to a local hospital for the delivery.

After six or seven hours at the hospital, I was given an epidural and emergency C-section because my baby became stuck. This was incredibly traumatic and frightening, and because the labour lasted so long, the epidural was ineffective during the C-section, so the pain was seriously bad! I also hadn’t eaten or drank anything for four days, and hadn’t slept a wink either.

Looking back, I’m convinced that the psychosis started there and then on the operating table.

As I was being wheeled out of theatre, I honestly believed that I had died and they were wheeling me through the gates of heaven! I was put into a recovery room but, because of the trauma and shock that you would probably expect following such a difficult labour, it took a while for anyone to notice that there was something else going on.

However, when my husband left my side briefly to collect a change of clothes, he noticed a change in me when he came back to the hospital. He said I was incredibly distressed and anxious – far more than he would have expected. From there on, the distress escalated significantly.

Sadly, because there wasn’t much awareness of postpartum psychosis at the time, it took a while for us to receive the diagnosis. In the meantime, I was placed on a renal unit – a ward for people with kidney problems – the theory being that, because there were older people on that ward who also experienced memory loss and distress, that would be the most suitable place for me.

But it really wasn’t. 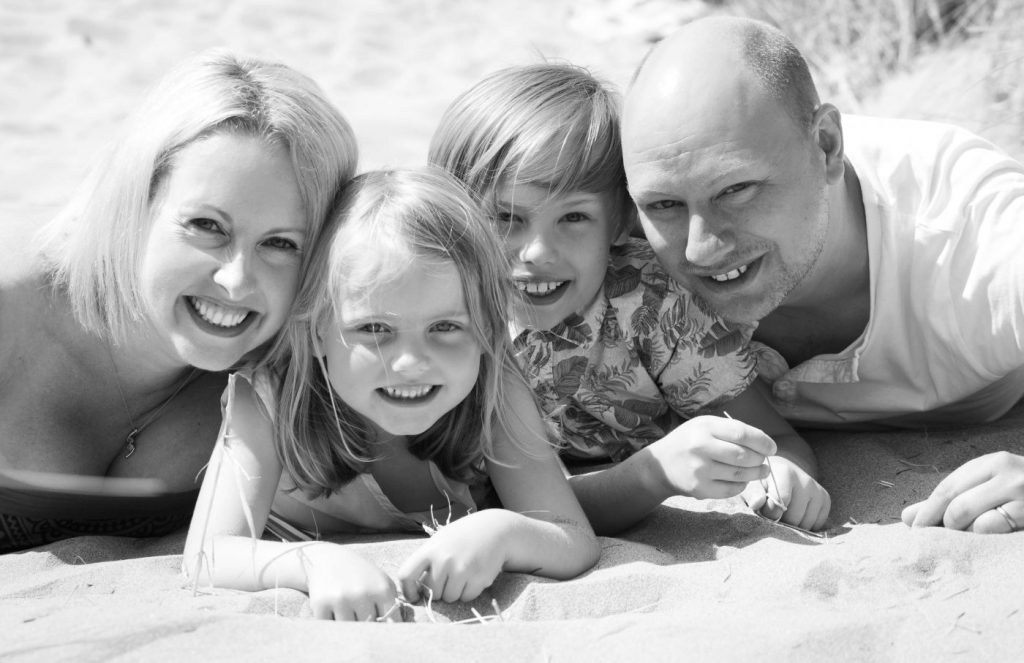 I was so anxious at this point that I regularly tried to abscond and ended up having two security guards on the door which made things even more intimidating. As the psychosis became worse, I was given the anti-psychotic, haloperidol, which I don’t think I responded well to, as it made me almost zombie-like! Shortly after, I was sectioned.

However, even after the section the psychiatrists refused to take me to the mental health unit until all other possible physical causes had been ruled out. These investigations took a long time, and it was only after seven days that I was admitted to the general psychiatric ward. At this point, my psychosis had gotten much, much worse, and, due to the separation from my baby, I was so scared about what had happened to him. I even thought he might have died.

Of course, full recovery took some time...but things settled down and we got on with life as a family

Eventually, I was given a bed at a Mother and Baby Unit and, once reunited with my little boy, my recovery was really swift. After one month, I was enjoying leave and eventually moved back into our family home.

Of course, full recovery took some time, and I was incredibly anxious looking after my little boy. I was scared that something might happen unless I focused literally all my energy on him all of the time. But things settled down and we got on with life as a family.

Three years later, I had my daughter and, knowing that there was a 50/50 chance of developing postpartum psychosis again, I planned every detail of the birthing experience really carefully. Because of the risks, I had an appointment with a psychiatrist prior to giving birth, and I was advised that the psychiatrist would visit the maternity unit the day after the planned C-section.  However, the psychiatrist didn’t show up, so I ended up with no mental health support at all and no specialist treatment when the psychosis did start to creep in.

Because the feelings were familiar the second time around and I was able to recognise them, I quickly shared my concerns with the doctors and requested to see a psychiatrist - but it became clear that nobody was coming. Because I wasn’t getting the right help and because I was so uncomfortable in the maternity ward, I decided that going home and trying to manage my illness and reach out for the right treatment myself was going to be best. So I went home and, in desperation, dialled 111 and requested a walk-in appointment. We then had to wait over five hours while I was actively psychotic, hearing voices and feeling really frightened and anxious, whilst we were also trying  to cope with a newborn baby and a three year old. Eventually, I approached the nurse and explained what postpartum psychosis was and that I needed emergency help. I was then seen quite quickly but the doctor would only prescribe sleeping tablets, rather than the required antipsychotics. Even though I knew immediately after giving birth what was happening, it was seven days after leaving the hospital that I eventually received any support from psychiatric services.

Following this, I stayed in the MBU over the Christmas period and, although I wish I could have been admitted right at the beginning, the care within the MBU was outstanding. I even managed to enjoy a short but sweet Christmas dinner with my husband and our children.

Given the insight I had following two previous episodes of psychosis, I truly believe that my second experience was entirely preventable – if only there was more awareness of postpartum psychosis.