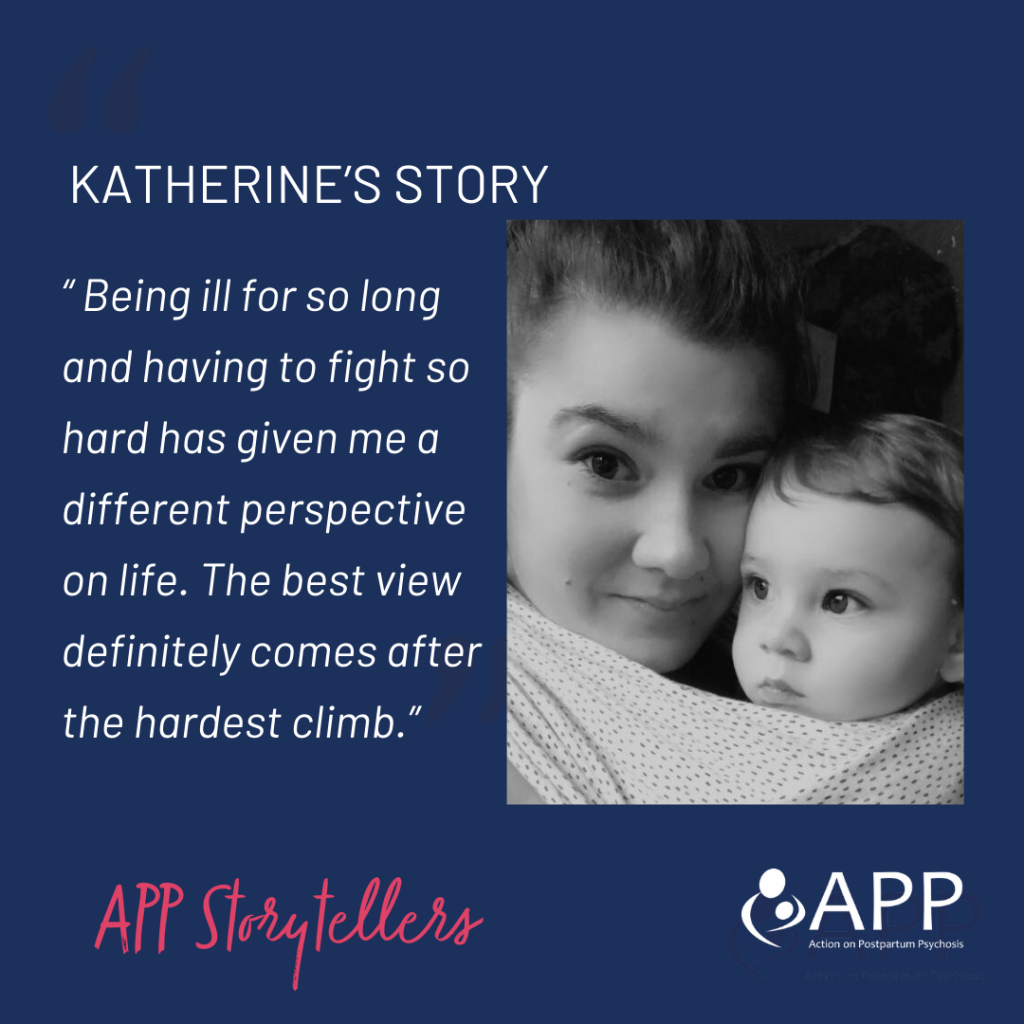 My husband and I were very lucky in that it didn’t take long after we were married to conceive. When the positive pregnancy test came, my husband was over the moon but I struggled to believe my eyes and sent him to the shops to buy another test! I ended up taking a few before the reality actually sunk in and I could be confident in celebrating, but once it had we were both over the moon!

I absolutely loved being pregnant - it was an amazing feeling growing another little human. In the grand scheme of things my pregnancy was a breeze; I had the usual morning sickness but on the whole I felt pretty good all the way through (although, why they call it ‘morning sickness’ is beyond me... I had it all day!)

When I was 35 weeks pregnant lockdown hit the country, so I began working from home and worked up until I was 37 weeks pregnant. My work consumed my time and my thoughts, and if I’m honest, I hadn’t really given the whole idea of labour much thought.

As soon as I stopped working, however, there was a void and I felt quite lost; this meant I had time to think... or should I say overthink!

The idea of labour hit me and to be honest I wasn’t feeling good about it - I was so scared. But in April of the first lockdown, our lovely baby Jude was born.

Despite the difficult Covid situation, the midwives at the hospital were just amazing and even worked over the time of their shift to deliver our bundle of joy. 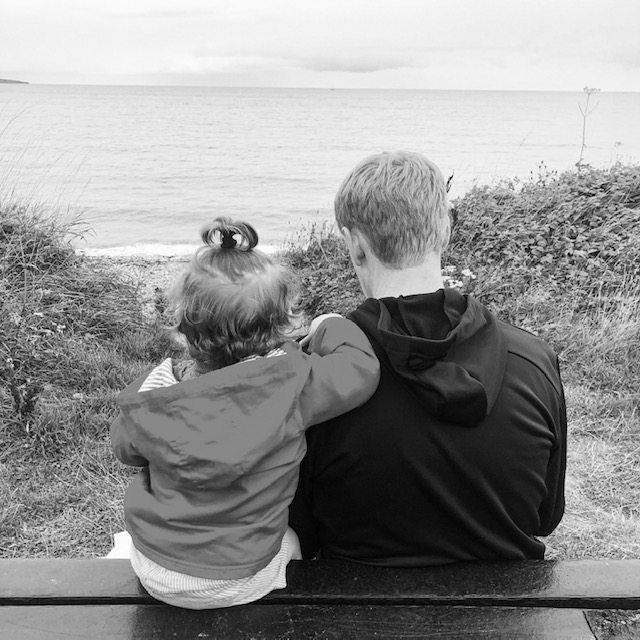 In the first few days after birth, like any new mum I was emotionally delicate and felt a spectrum of emotions. My body felt like it had been hit by a bus! But we were in awe of Jude and so excited to bring him home. Naturally, we just wanted to share him with loved ones, but the pandemic meant we couldn’t do this in the way we wanted. I just craved hugs!

When people say in jest “be prepared for those sleepless nights” they are NOT kidding! I was exhausted and definitely suffered from sleep deprivation. Even when I did get the chance to sleep, I was unable to switch off and sleep soundly.

Then, exactly a week after I gave birth, I experienced a psychotic episode. It came on really quickly and escalated - in just ten minutes I went from feeling like myself to becoming a shaking wreck. My thoughts were racing and I was trying to write them down on my phone to get them out of my head but I couldn’t type quickly enough. I didn’t tell anyone about these racing thoughts but very quickly, they turned into delusions.

I believed that tapping my phone rapidly would transfer the thoughts from my head into my phone, and I thought rubbing my hands or tapping on myself quickly would slow down time. I began thinking about God creating the world in seven days and believed I could now understand how he did it. I started to think I was the second coming and that Jude’s birth was linked to this.

I was unable to swallow my food and was convinced that if I flushed the toilet it would trigger a Noah’s Ark type situation.

My mum and husband tried to get me to sleep and rang the hospital where I had given birth as they were so worried about me. They were advised to take me back into hospital. My husband drove us and my mum stayed at home to look after Jude. My delusions became much worse on the way and I believed the car was going to crash and that we would die. I then started to believe that the things that happened to Jesus would happen to me – betrayal, disbelief, crucifixion. I also became confused about who was who, and at one point thought that my husband was my dad.

I was given medication and diagnosed with postpartum psychosis. I woke up the next day feeling confused and I still had some strange beliefs but eventually I was calm enough to be discharged back home with the support of the crisis team.

Over the following months I continued to struggle at home. I experienced a range of emotions, and desperately hoped it would all pass and get better. But it just got worse...

I experienced panic attacks, I lost my appetite, I had blurry vision, mood swings, I felt numb and spaced out, I had constant anxiety and difficulty concentrating. Day to day things such as cooking became impossible as I was unable to process things, and I became obsessive with making lists and tidying. It felt as if the enjoyment had been sucked out of everything. I didn’t know long I could continue to go on for like this. I finally built up the courage to ask for help and admitted myself to a Mother and Baby Unit (MBU) where I spent a total of four months. I was lucky to get a bed just an hour away from home – something that isn’t currently a possibility for everyone and some mothers are admitted to a general psychiatric ward and separated from their babies.

Going to an MBU ensured I was able to recover with our baby by my side, but it was still a difficult journey being in a hospital environment and I found myself watching the clock all day every day and, due to COVID, visits were restricted to three times a week for just one hour per visit.

That being said, the staff were second to none. They were so caring and supportive and ensured you were listened to every step of the way; they were a real credit to the NHS! I also made friends with some of the other mums too, which made life a little less lonely.

It got worse before it got better, however, and my anxieties eventually turned into a severe depression. Now I know that the illness just had to run it’s course, however at the time it felt as if I’d never recover. Sometimes, when you’re in the midst of mental illness, you just can’t see any way out.

I was so home sick that I asked for day release - all I wanted to do was walk along the river. My leave was granted and we did what I’d been dreaming of for so long. For me this was the turning point; it was like the flick of a switch. The fog lifted and for the first time in a long time I felt more like myself. It was only a few weeks after this that I was fully discharged and able to continue my recovery from home with the family.

This is why I wanted to tell my story - to share hope with anyone out there suffering and seeing no way out.

If that’s you, you might not believe me now, but hold on and keep going. I promise it does get better.

And to my friends and family who checked in with me regularly, sent beautiful gifts through the post and held my hand when I was lost I want to say thank you - you helped me find me again. 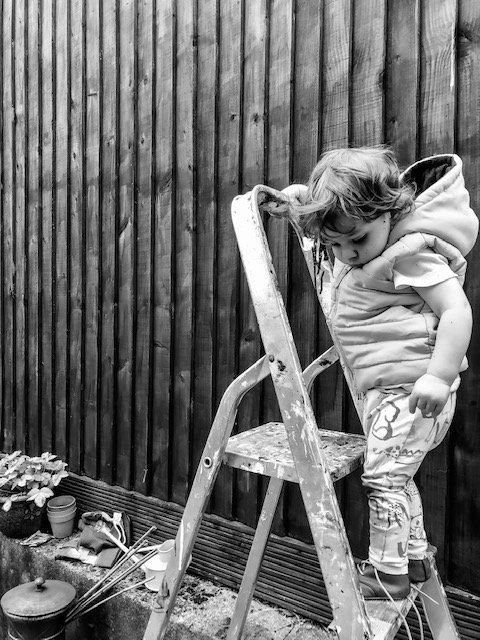 Being ill for so long and having to fight so hard has given me a different perspective on life; it has made me appreciate and cherish all the little things so much more. Watching Jude grow and learn new things is my greatest joy. The best view definitely comes after the hardest climb.