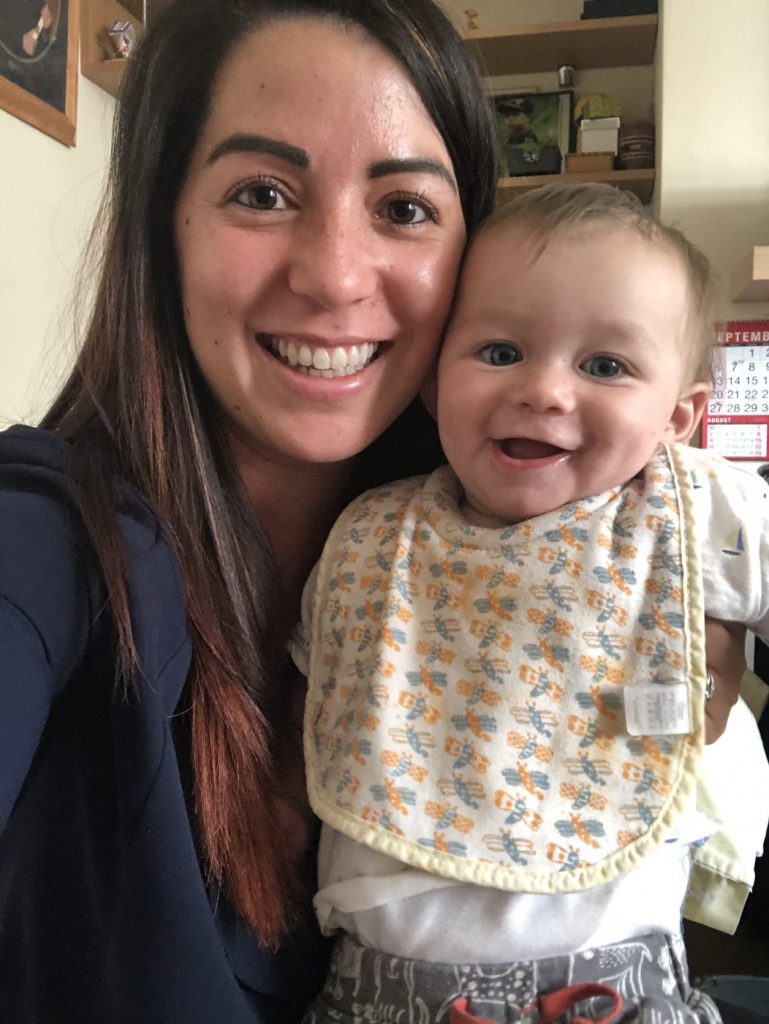 I finished work for my maternity leave in February 2020, just before the lockdown. My pregnancy had been smooth but the last few weeks were awful. He was ten days late and I was just so ready for him to come out. I wasn’t sleeping, I had a 72 hour labour, and I had to switch from having a water birth to going into a labour unit because I got to around 4 or 5cm and nothing was happening. Eventually, I went into hospital and had an epidural and forceps delivery.

When my baby was born he was immediately taken away. During the delivery his heart rate had dropped so he had to be put on an incubator in the neonatal unit two floors up.

During this time I started to feel like there was something wrong with me. I wasn’t sleeping well and something just didn’t feel right so I told the nurses. They reassured me that it was probably all normal, I’d been through a traumatic birth, etc. But the sleep wouldn’t come, and I started thinking strange things and not wanting to be around my family (other than my husband) which wasn’t like me at all. I was just pacing around the hospital day and night feeling anxious.

I became really distressed and starting thinking that if I fell asleep I would die. That’s when things really hit me.

I began seeing and hearing things, with imagery of heaven and hell and other religious visions playing a big part in it. I also thought that my own body was trying to kill itself which was terrifying. Plus, I kept thinking that I could hear my baby crying which was really upsetting. But I couldn’t have heard him because he was so far away.

My husband was really worried about me and kept speaking to the nurses and doctors, but the problem was that I sometimes appeared well and lucid when they checked on me. I finally agreed for my mum to come in and see me and that’s when I told her about my fear of dying if I fell asleep.

The hospital then moved me into my own private room because I was in so much distress, which I think they thought might help the other mums around me as well. They allowed my mum to stay over night with me too and, meanwhile, my husband was still urging them to get me some more help, because he knew there was something seriously wrong.

The hospital, however, suggested that I had the baby blues and at one point even suggested I was ready to go home! So my husband did his own research and found out about postpartum psychosis. He recognised the symptoms in me straight away. 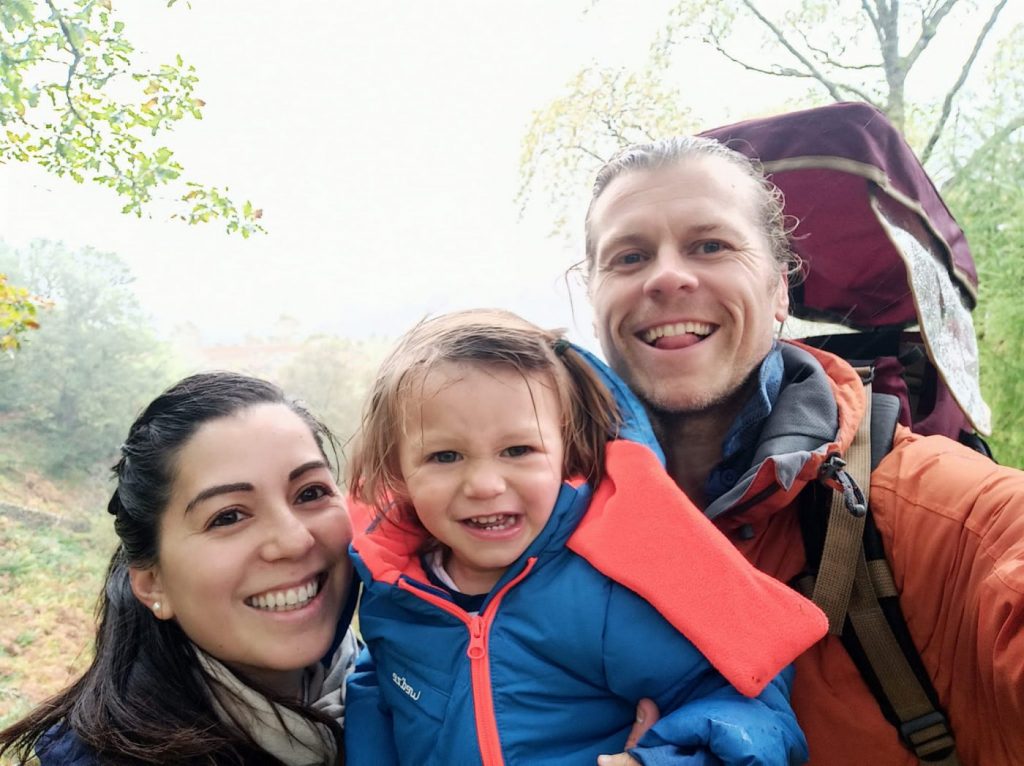 He’d read about Mother and Baby Units (MBUs) and reached out to the one in Chorley not too far away. I was so lucky that they sent somebody to see me because, just prior to this, the hospital were considering sending me to a general psychiatric ward, which would have meant being separated from my baby.

I was transferred to Chorley MBU eight days after giving birth and I am so grateful that I got a bed there.

In those first few days I was really anxious. I didn’t know what was happening to me and I’d been googling things like schizophrenia, personality disorders and bipolar. I also remember googling ‘will I die if I have a mental breakdown.’ It wasn’t until I was settled in the MBU that I first read about postpartum psychosis in one of the leaflets they gave me, which also talked about how treatable it was. It was such a relief to know what it was that was happening to me, and to know that I could recover from it. Plus, I knew at that point that I was absolutely in the best place.

I was given anti-psychotic medication and the hallucinations stopped and I started sleeping again. But, after a while, I started to feel really unhappy and detached from my baby. I felt kind of dissociated from him and from being a mother. I wasn’t actively suicidal, but I felt like I didn’t want to live. That’s when the psychiatrist started discussing postnatal depression with me, and I was prescribed with additional medication.

Prior to this I hadn’t experienced any mental health problems at all. In fact, neither had my husband, so we were both really unprepared for it.

I kept telling the MBU nurses that I might be the only one who doesn’t recover from it all, because I really couldn’t see a light at the end of the tunnel, but they kept reassuring me. They told me to distract myself, to focus on my baby, and told me that it does take time to heal.

I also met Jocelyn, APP’s peer support worker, on the ward, as well as other mums who had experienced PP and recovered and that really helped me. To know that there are other mums out there who have gone through these same experiences really makes a difference.

Finally, by the back end of April, I started showing signs of getting better and they started talking to me about going home - just for a couple of hours at first. By this point I was very detached from the outside world so it was really daunting but I did go home for a little bit which felt strange.

I was finally discharged fully on the 21st May 2020. I wasn’t fully recovered, but I’d say there was around an 80% improvement by that point. I was still on meds, still getting support visits to the house however, even though the country was in lockdown at the time, I tried to get back to some sort of normality.

It took a while to get back to feeling like me again and it really affected my marriage. My husband had struggled with the trauma of it all as well. However, eventually, by November 2021 I came off all the medication and started to feel like myself again, which strengthened our bond as a family.

Looking back, I think for us, not having any idea what was happening was the most frightening thing. We didn’t know about PP, mental health was barely covered in the antenatal classes, other than a brief mention of depression, and the midwives didn’t seem to know too much about what was happening to me either. It wasn’t until I got to the MBU and met with specialist workers and peer supporters that things started to look up. I feel so grateful to have got a place at Chorley – I know not everyone is so lucky. 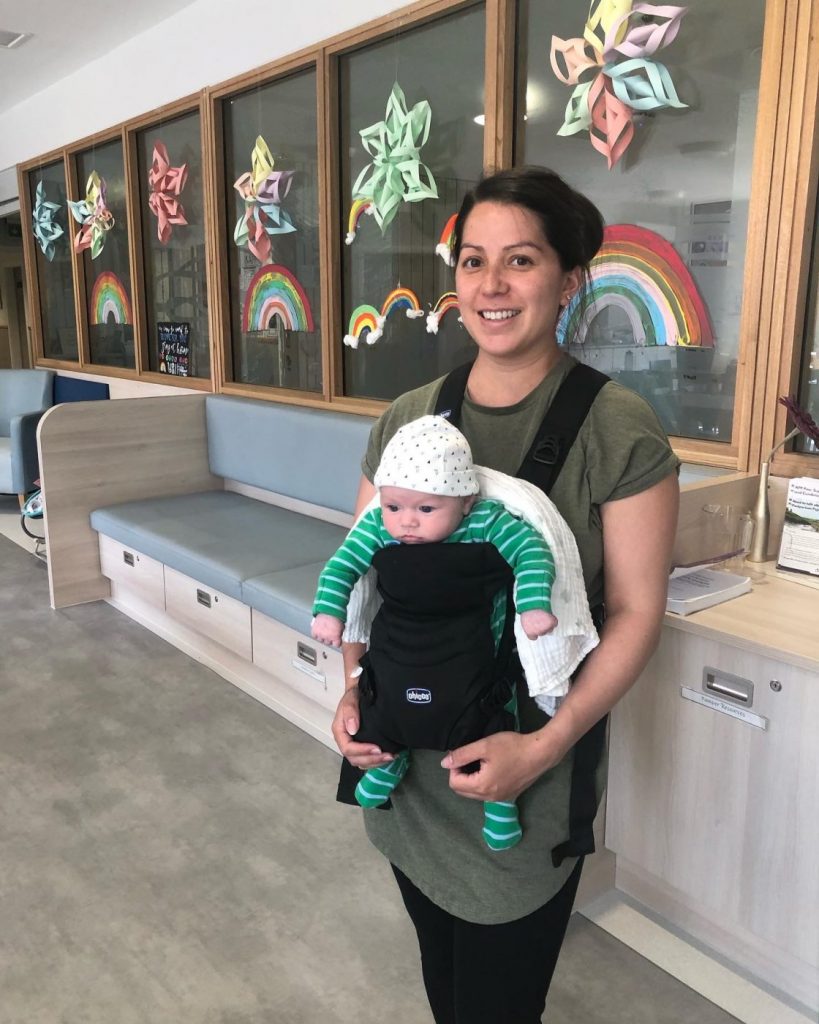 It’s now 2022 and I’m in a really good place. I’ve developed such a great bond with my boy, and he’s such a happy little boy too. So I get that excitement, that joy, that feeling of love now, as a mother, which is so incredible. I’m also back at work, taking care of myself, going to the gym and, importantly, my marriage is stronger than ever.

Now I can reflect on my experience I really want to help others by sharing my story. Awareness is so important, I think it would have helped us enormously if we had been armed with more knowledge from the start. Just being able to spot the signs, to know what help is out there and to know that you can recover would have relieved so much of the distress that I felt.