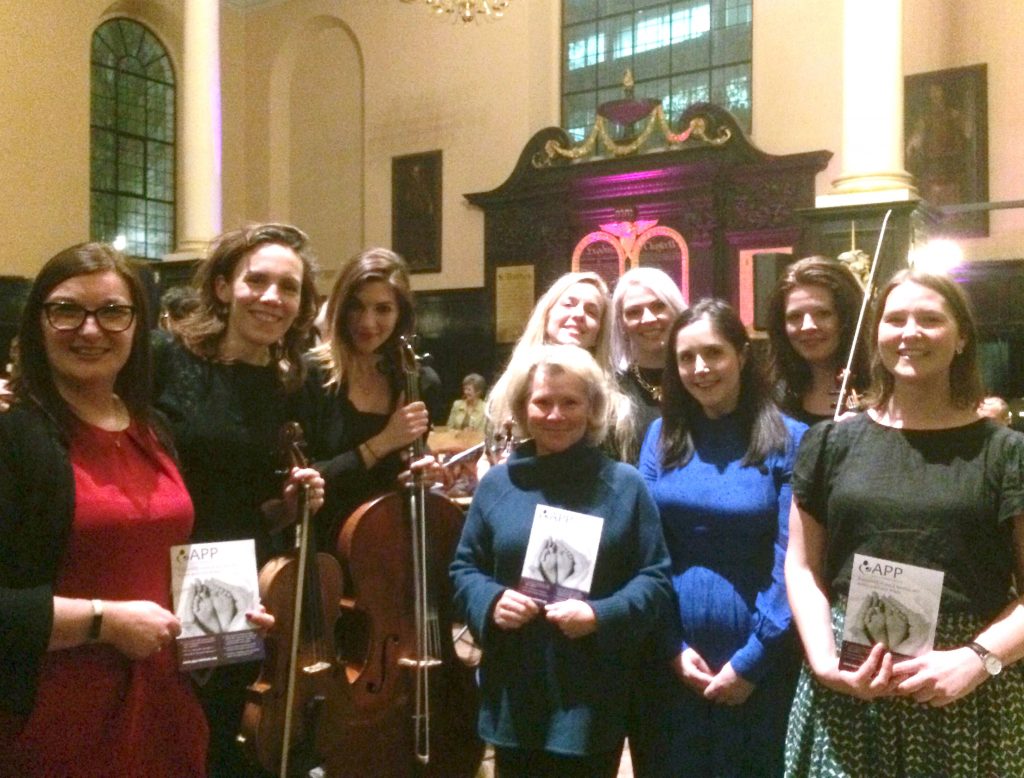 A huge Thank You to everyone involved in the Music 4 Mums event that took place at The Gresham Centre, London, on Friday 29th March. It was a truly fantastic evening, and a very special event to start APP’s Music 4 Mums celebrations for 2019, to mark UK Maternal Mental Health Awareness Week (29 April to 3rd May).

APP's Hannah (Peer Support & Regional Rep Co-ordinator) was delighted to attend and speak at the event, she says: 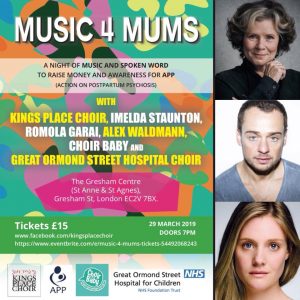 "When I was asked to say a few words between numbers sung by the Choir Baby, Kings Place Choir and Great Ormond Street Choir, with their Director Naomi Hammerton, I felt really lucky on so many levels to be there. It was a wonderful opportunity to spend time with London Regional APP volunteers, Sophie and Jessie, who were fantastic in helping to represent APP at the packed event held in the beautiful surroundings and acoustics of the Gresham Centre, in the city of London near St Paul’s. We also bumped into APP Media volunteer Fiona and managed to grab a photo with her in the interval! We were accepting donations to APP including at the bar which was busy all evening and we had many opportunities to talk to audience members about APP and the work we are doing to support women and families affected by PP.

The opportunity to raise awareness of the devastating nature of PP and also what APP can offer, including our information and award-winning peer support, had also included an interview with Sophie as part of a piece on the ITN London news that evening, and a brief appearance by me about what PP was – a short sound-bite but important to have APP in there. Thanks to Sophie for sharing her story and also the brilliant venue of her employer’s roof garden with views of the city, which the film crew were very impressed by!

The event had been organised in memory of a choir member, Amy, who sadly lost her life after suffering an episode of PP last year. It was clear how much she had meant to the singers as they performed rousing songs, which were interspersed with moments of comedy, dark humour and gritty readings by esteemed performers including Romola Garai and Alex Waldmann. BAFTA award-winning actress Imelda Staunton was breathtaking in her reading of Jessica Pidsley’s “Mutha Courage”, written about her experience of PP and featuring in a recent Radio 4 documentary (read more about it here). The audience were enthralled and moved by Imelda’s passionate account of Jessica’s experience. The evening ended with an emotional tribute by Amy’s husband Phil, who joined the choir in their last number. There was not a dry eye in the house as he spoke about losing his wife and the stigma which still surrounds psychosis. 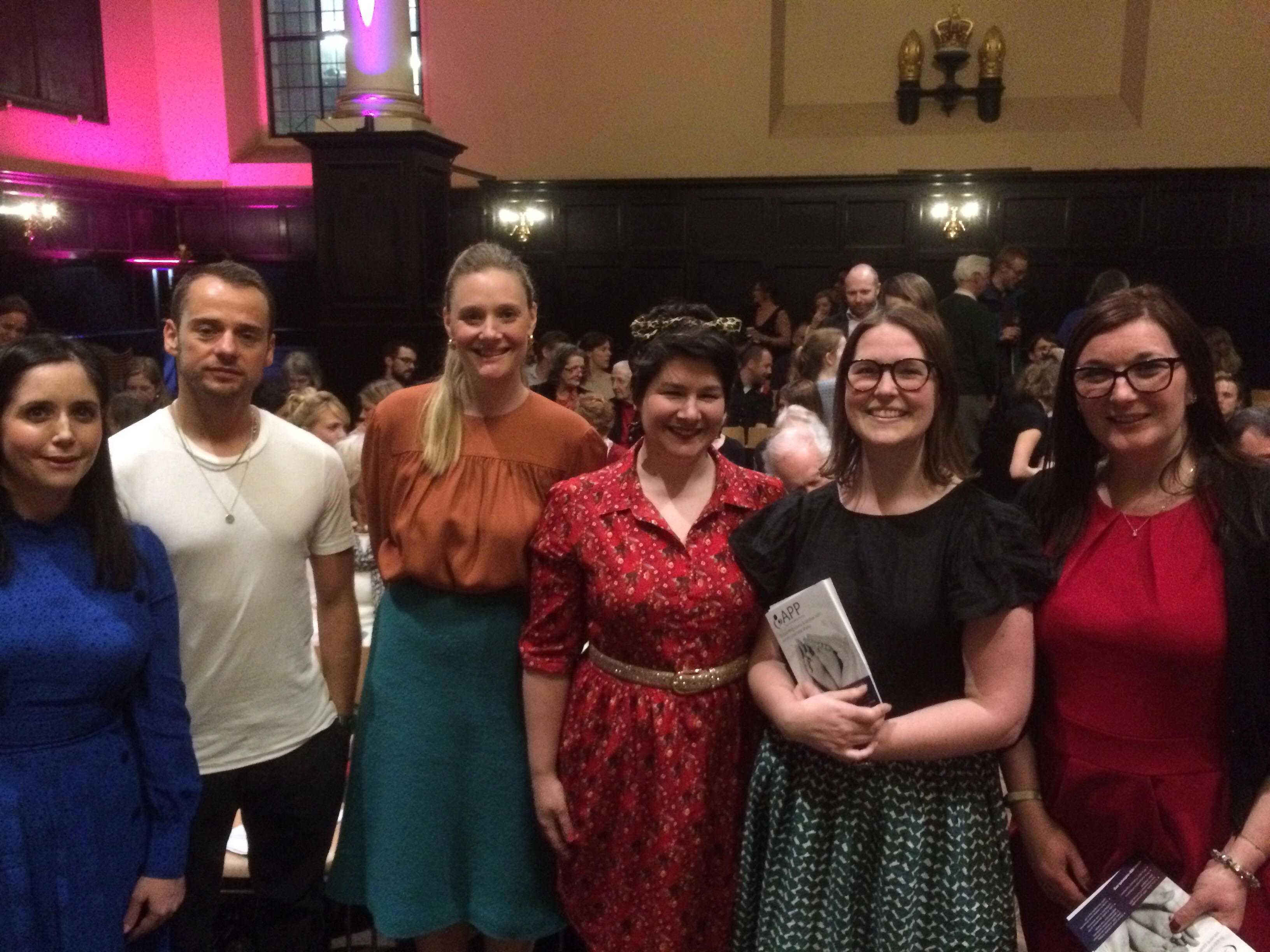 As we spoke to the audience and members of Amy’s family at the end of the performance, we all felt that the evening had been one we would remember for a very long time. PP Mums are amazing and the loss of anyone from this horrific yet treatable illness was something that was important to be part of. It was a privilege to be just a small part of this fantastic event." 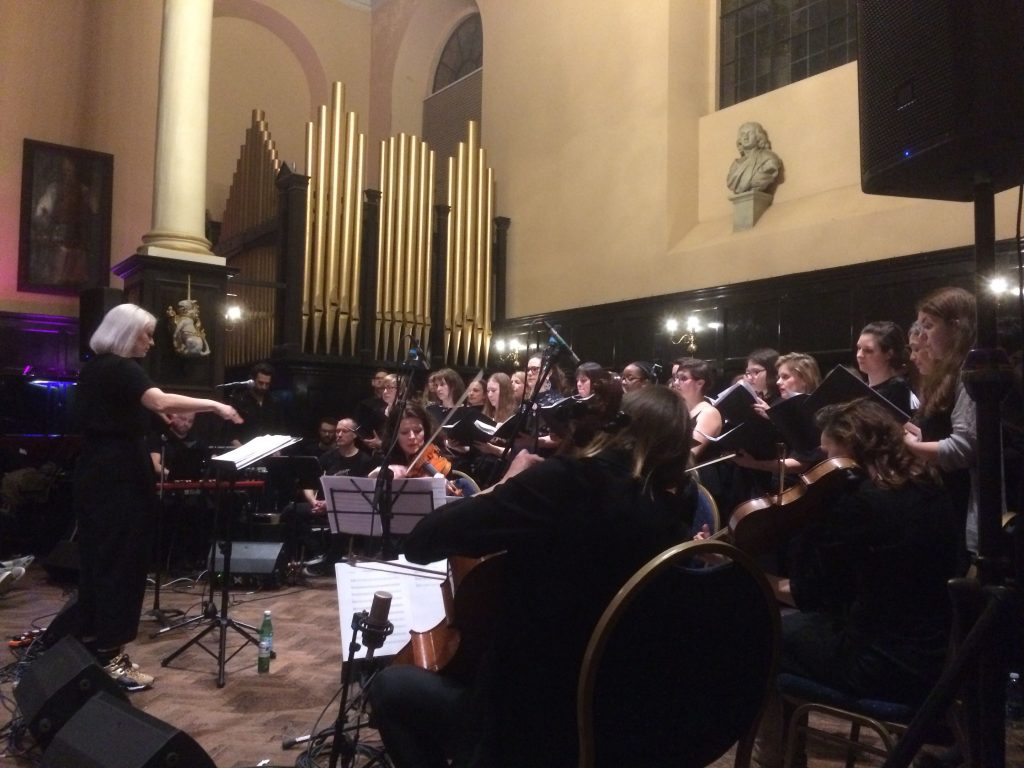 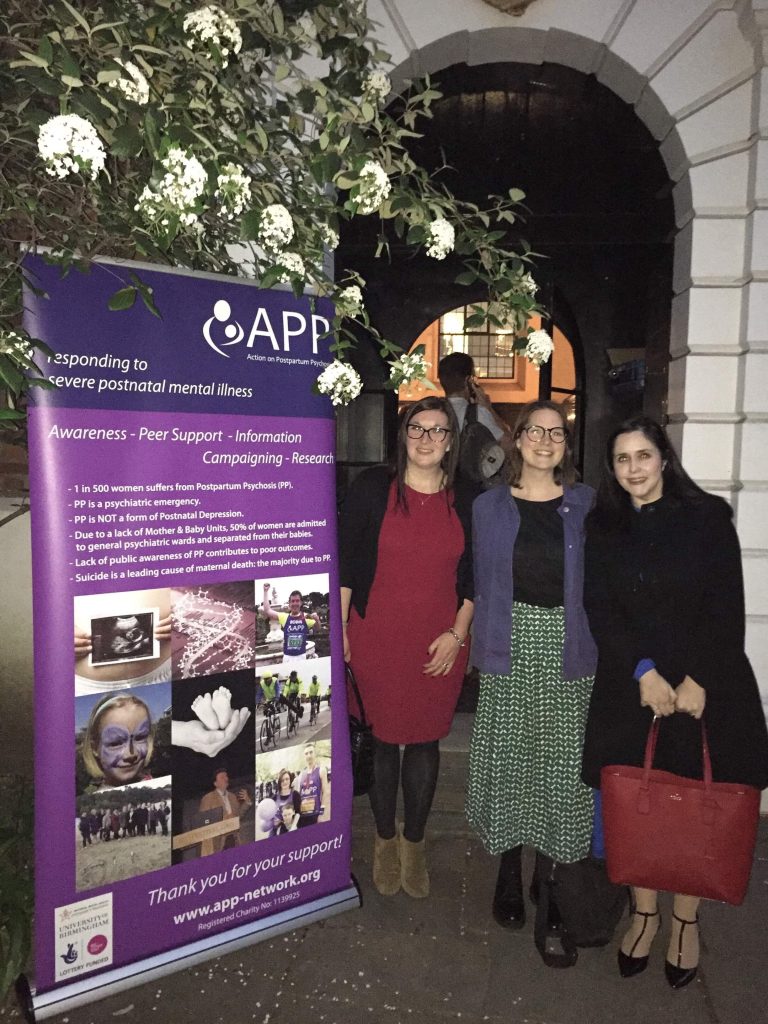 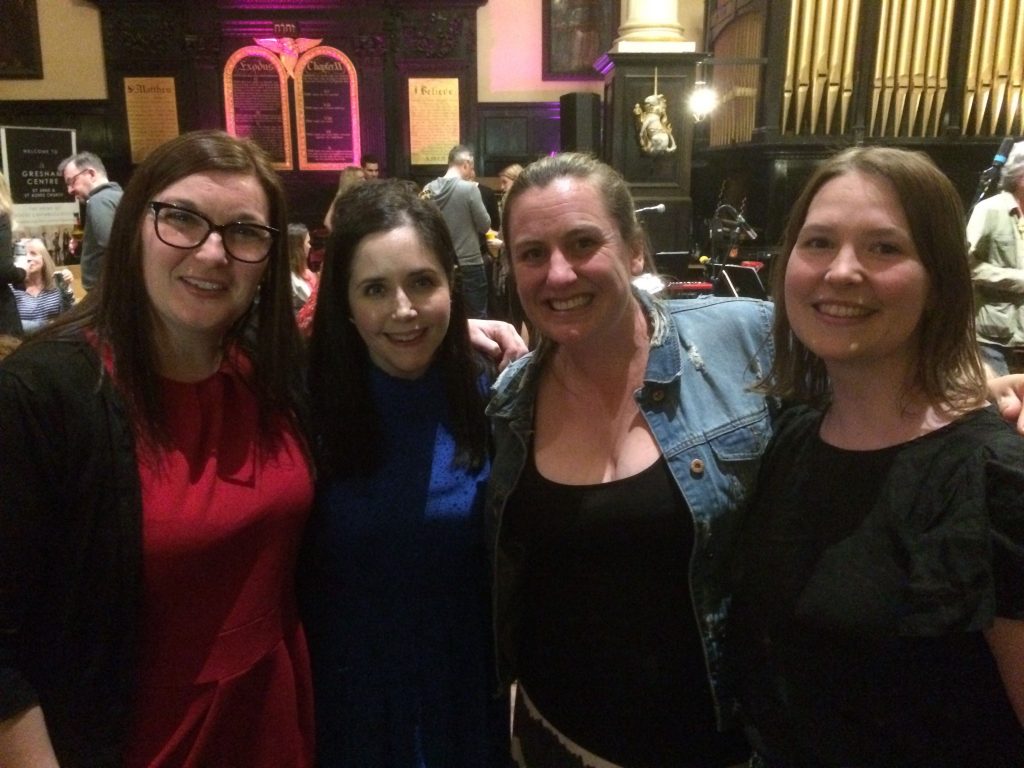