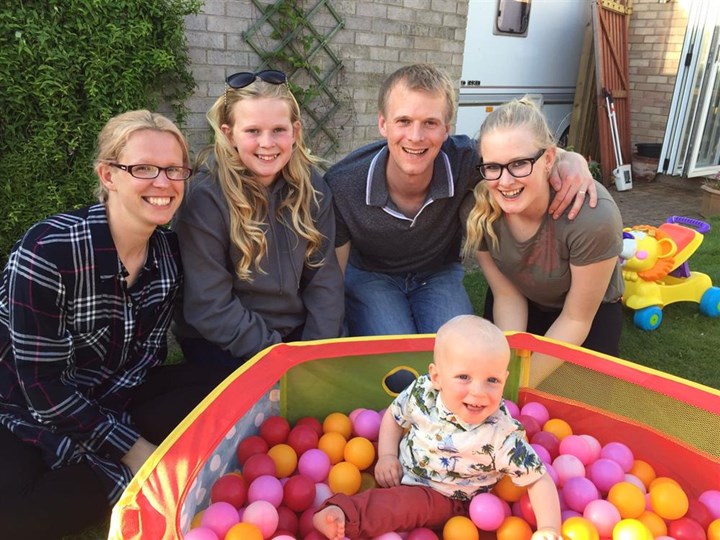 A big thank you to Gill Wood who is taking on the challenge of the Great North Run,  the largest half marathon in the world,  on 10th September in aid of APP!

Gill says :
'Nearly a year ago to the day I was discharged from a mum and baby unit in Morpeth with baby Jack. I'd been there since he was 2 weeks old. We always knew there was a chance I'd get poorly as I unexpectedly became very poorly with postpartum (after birth) psychosis after we had Megan 12 years ago, hence us waiting so long for Jack!

Before Megan I knew nothing about postpartum psychosis, I had never been in a psychiatric unit before, or even really heard about psychosis. I was already a mum to Amy, I was working, my life was very quiet.

The psychosis started when Megan was 8 days old, it is one of the most terrifying things I'd ever experienced and I ended up on a mixed psychiatric ward. I was 23, poorly with something the ward staff knew very little about.

This is why APP (Action on Postpartum Psychosis) is so important. They work tirelessly to support mums like me and raise awareness of an illness that can happen to anyone. They provided me with information on pregnancy, medications etc as well as producing leaflets for partners, who can sometimes feel completely alone watching the mother of their child become so poorly.

Whilst pregnant with Jack I was also given a peer support worker who became a rock. I could always email and knew she'd be there. I was quite poorly during my pregnancy as I'd lowered my bipolar medication  (there's a strong link between psychosis after birth and bipolar) but my peer worker supported me all the way. Especially after Jack was born, when unfortunately I became poorly again.

As you probably know I love running, the freedom of running has helped my mental health and I don't know where I'd be without it. I started again 3 weeks after Jack was born and never looked back. I want to give something back to APP as they are a small charity but their work is vital.

One thing I have learnt is post natal illness does not discriminate and charities such as APP are essential in supporting families at what should be the happiest time of their lives.

I appreciate it's the summer holidays so if you're anything like us we are are waiting for payday! But any amount you can give would be much appreciated! Thank you so much.

Please support Gill in her Great North Run, you can donate via her Just Giving page here.

A big thank you to Gill, and wishing you the very best of luck for 10th September!