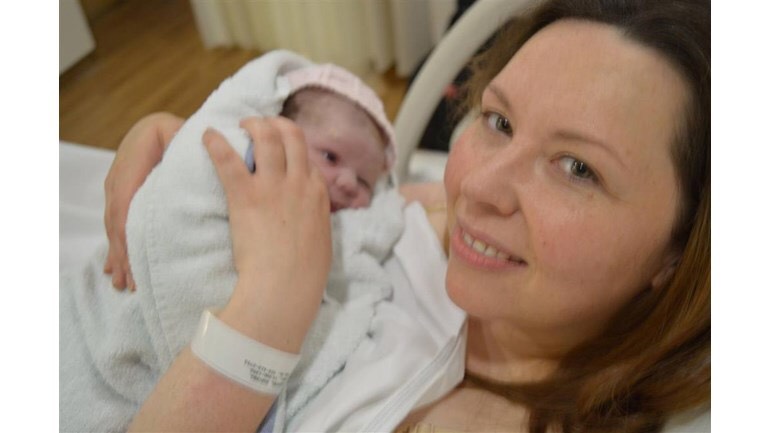 We say Thank You to Raechel, who will be running the Windsor Half Marathon on 29th September in aid of APP!

Raechel decided to fundraise after suffering with Postpartum Psychosis in 2018 and receiving peer support help from APP.

Raechel says: "In January 2018, 5 months after the birth of our daughter Aoife, I was diagnosed with Postpartum Psychosis. A cruel albeit rare mental illness which affects 1-2 women out of a 1000 births. It was quite possibly the most traumatic experience of my life and came as a huge shock, especially given that I had no history of post natal mental illness from my previous two pregnancies.

During my episode of Postpartum Psychosis I experienced severe mood fluctuations from feeling incredibly high (mania) to extreme lows. I had terrifying hallucinations both visual and auditory (hearing voices) combined with racing thoughts, delusions and paranoia. My senses of smell, sight and taste were also heightened and I hardly slept. My brain literally went awol and I lost touch with reality.

Little is known on what causes an episode but what is known, is that biological, hormonal, previous traumas, sleep deprivation and stress play a part in the development of the condition.

I am pleased to say that I have been symptom free from the psychosis for over a year now.  I do however face a daily battle of depression, anxiety of going into relapse, and social anxiety which is sadly an after effect from an episode - recovery is slow and frustrating at times. It is like your whole personality has been stripped from you and it takes time to rebuild your confidence.

I have been extremely lucky to have received the best treatment and care from the perinatal and early intervention teams in Wokingham and to have the most supportive and caring family, friends and a wonderful husband who did not give up hope that I would eventually come round and start to get better. Some women are not so lucky...

APP provide a vital lifeline to women and families that have experienced Postpartum Psychosis. A safe space to connect with fellow sufferers and carers, so they do not feel isolated. They are there for sufferers that may not have the access to the care they need, and provide great support as most of their volunteers have suffered PP themselves. They do incredible work for raising awareness and to silence the stigma. They are also involved in research, so the condition and it's causes can be understood even further.

Running has played a major part in my recovery, so it seemed quite fitting for me to do a run and raise some money for this amazing charity.  It's been a difficult time but I can proudly say that I survived and many more women will be given hope that they will  survive and get better too.

Thank you so much for taking the time to read.  Donations however large or small, whatever you can spare,  will be gratefully received."

Please visit her JustGiving page here and donate what you can.

Thank you so much Raechel and we hope the training goes well over the next couple of months!