I had planned for a calming water birth and, throughout my pregnancy, which was for the most part a happy and healthy pregnancy, I saw no reason why this couldn’t happen. However, things didn’t go to plan, and my labour ended up being incredibly exhausting and traumatic.

My little boy, Alfie, was very much wanted and, like all mums, I was excited to meet my baby. Sadly, however, at week 20 of my pregnancy, we suffered an unexpected family bereavement, my pregnancy became high risk due to a fibroid and my blood pressure began to increase. I went into a natural labour at 41 weeks but had pre-eclampsia and, after two hours of pushing, my baby’s heart rate kept dropping due to the cord around his neck. I was quickly prepped for an emergency c section. 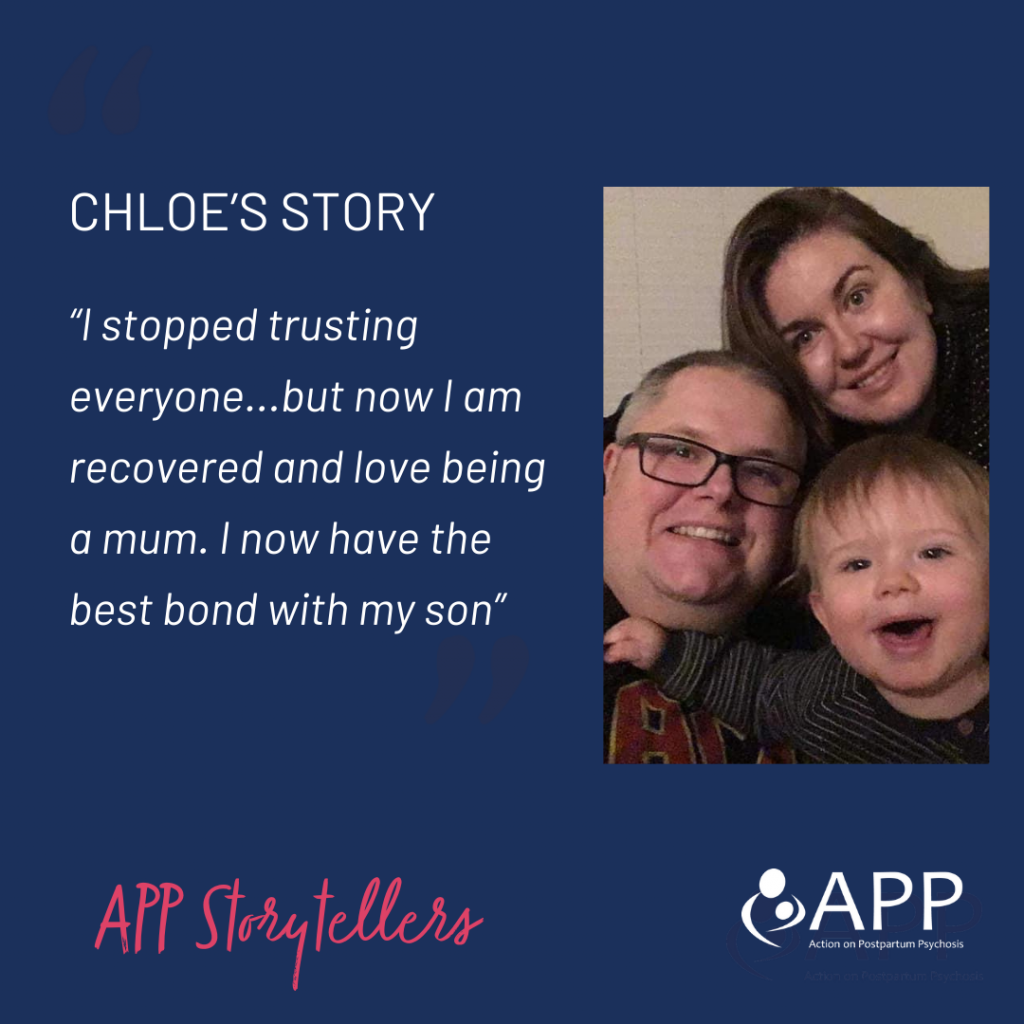 Thankfully, they managed to deliver my little boy via forceps, but I lost a lot of blood and became anaemic and I was hooked up to monitors throughout. Alfie was eventually delivered, a little bruised but thankfully healthy, at 14.15, and, because I’d gone into labour at 23.00 the night before I was completely exhausted. Alfie was extremely sleepy, not waking to feed in the first 24 hours, but I was assured that this was normal for a forceps birth.

I was concerned that I wasn’t making very much milk and Alfie seemed jittery and a bit yellow, but I was discharged anyway after two nights – only to be readmitted the next day. Alfie had jaundice and had lost 11% body weight in just four days.

At this point they acknowledged my poor milk supply may have been due to anaemia, however, to me it felt as though nobody had been listening when I raised my concerns and this led to me not trusting any of the health professionals (despite my husband and I both being health professionals ourselves). Worse still, I didn’t trust my own instincts as a mother.

Three days later I was discharged again and the midwives were coming to check my blood pressure every two days, while the health visitors were coming several times a week. As the home checks mounted up, it felt as though every visit highlighted my incompetence as a mother and my self doubts and anxiety spiralled out of control.

My symptoms of postpartum psychosis

It all began as the worst anxiety I’ve ever experienced and developed into mania. Before long I had lost all concept of time and of what was real and what was not. I stopped sleeping, showering and eating and went to see the GP. By this point I believed that everyone around me was a doll, I was unable to follow storylines on TV, I couldn’t keep up with conversations and I couldn’t retain information. In retrospect the GP was amazing and immediately referred me to the perinatal mental health team. However, at the time, I believed they were trying to put me in prison, I thought everyone at the surgery was a social worker and that nobody trusted me to be around children. I didn’t feel able to tell anyone this as I thought everyone was in on the plot.

When I got home I refused to take the medication I was given as I believed it was poison that they were using to try and knock me out to get me to prison. I was hearing police helicopters outside and thought my house was full of cameras recording my actions. I paced constantly that night as my husband and baby were sleeping in the lounge (to allow me to try and get some sleep), and I kept thinking my husband was planning to leave and take the baby with him.

The perinatal mental health team came the next morning but unfortunately I had a nurse who was new to her role and she wrongly diagnosed me with postnatal depression. Luckily, my husband is a paramedic and he strongly suspected I had been misdiagnosed so he continued to seek more help.

My behaviour spiralled further out of control that day and, while my parents were caring for our baby, I woke my husband up from a nap to tell him that everyone was dead. He called the nurse back and I was sectioned and admitted to a Mother and Baby Unit (MBU) that night.

My admission to an MBU

When I got to the MBU I thought I’d been locked in prison and I refused to eat, drink, sleep, shower and take medications. I spent all my time pacing the unit trying to find a way out. As I was admitted at night no one was around and I believed they’d locked me up on my own because I was such a bad mum and a danger to others. I thought everyone was an actor and my hallucinations made them appear to have really strange eyes. I also started to believe that my husband was an undercover policeman. I spent hours looking at the photos of the staff on the wall thinking they were somehow linked to my normal life and that they’d all been undercover.

The turning point was two days later when they injected me with antipsychotics. At the time I thought this injection had aborted my baby and sterilised me. I’d also lost 10kg by then as I thought all food and drink smelled and tasted weird and was poison, and I had been told I might need to be moved to a different hospital to be tube fed. I’m a Dietitian by profession so I knew what this meant but at the time I couldn’t take it in. I kept asking the same questions over and over. I swapped between thinking Alfie was a doll and they’d taken away the real baby, to thinking that he wasn’t my baby at all or sometimes even believing that he had died. Because I’d had an epidural when I was in labour I hadn’t felt him be born and this was something I became obsessed with and was talking about as if it was evidence that he wasn’t mine. I thought the TV was talking about me and telling me things like I’d lost my career and would never work again and I believed that the songs on the radio were played especially for me. My husband bought me a magazine and it felt like everyone in it was pregnant and they were taunting me as I could never have a baby (thinking I had been sterilised). I wouldn’t use my phone as I thought it had been intercepted by the police and at first I thought I couldn’t even phone my husband as I wrongly believed he had asked for no contact, despite him visiting and spending most of the day with me every day.

The road to recovery

I eventually started taking medication willingly and began to recover. The first time I was allowed for a walk on the beach with a member of staff and my husband I was so excited but I still had some paranoid thoughts, thinking that everyone was an actor and that if I went into the public toilet they would run away with my son while I was there. But these delusions began to subside.

I was on the MBU for two weeks and think I should have probably been there longer but I was able to convince everyone I was fully recovered -  Coronavirus had made an appearance and I was very aware that lockdown was coming and I wanted to get home before it did. Lockdown in fact happened just a week after I was discharged.

The mental health team reviewed me over the phone and I never disclosed how down I was feeling as I feared they would re-admit me and I wouldn’t be able to have visitors. I really struggled and did not want to get out of bed, leaving my husband doing a lot of the caring for our son. I didn’t feel a connection with Alfie at this point and felt awful that this magical bond hadn’t appeared. I knew I loved him but I was scared that he would never be able to love me.

Another major turning point came six months later when the GP treated me for an under active thyroid and I finally started to feel like me again. It was the final piece in my treatment jigsaw and really made a big difference.

I now have the best bond with my son and he is a complete mummy’s boy! I still feel sad and guilty about the time I feel I missed out on as I felt like I was living in a fog, but I’m so glad what we went through hasn’t seemed to affect him and he is a happy, healthy boy.